Posted by Jentyl on Wednesday, 27 January 2016 in Human Health 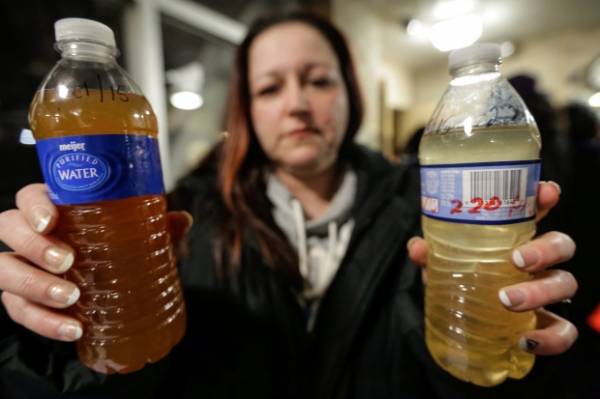 The last time a top Chicago-based EPA official was ousted from her post, it was for being too aggressive about fighting pollution in Michigan.

Mary Gade was forced out as the agency's regional administrator in 2008 amid an outcry from politicians angered and embarrassed by a series of legal actions she took to force Dow Chemical, one of the state's leading employers, to speed up the removal of toxic waste from Saginaw-area rivers.

Now one of Gade's successors is out after handling another environmental debacle too cautiously. Susan Hedman resigned under fire Thursday, a few days after President Barack Obama declared a federal emergency involving lead-contaminated drinking water in Flint.

Emails and other documents obtained by researchers and local journalists show EPA officials in Chicago were alarmed a year ago about Flint's unfolding disaster. But while an agency expert played a critical role in exposing the extent of the lead contamination, Hedman chose to work slowly behind the scenes instead of warning the public.

"There is a moral failure here that is beyond astonishing," said Henry Henderson, Midwest director of the Natural Resources Defense Council, a nonprofit advocacy group that was preparing a lawsuit against the EPA before Hedman resigned and the agency announced it would take action to ensure Flint residents have safe drinking water. 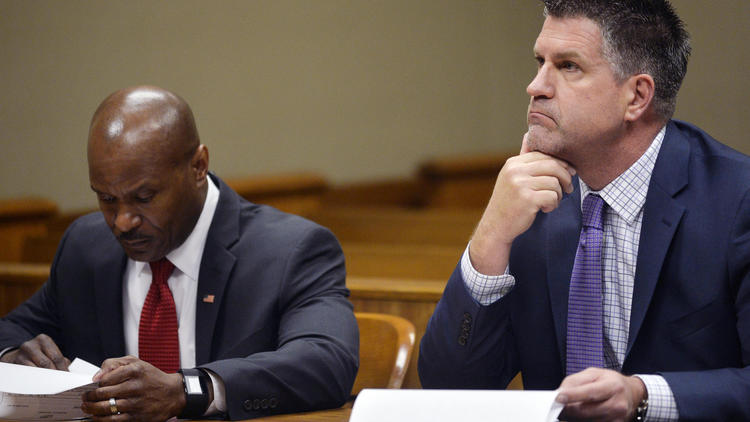 The EPA responses in Flint and Saginaw highlight a long-running national debate about how federal and state governments react to pollution problems. Politicians from both parties frequently condemn environmental regulators as overzealous or ham-handed, even as they demand to know why more isn't being done to protect the public from toxic chemicals and air pollution.

Often it takes persistent citizens, pressure from nonprofit groups and the glare of media attention to break through bureaucratic inertia in agencies that critics routinely compare to either Nazis or Keystone Kops.

In Flint, residents started asking questions more than a year ago about foul-smelling, rust-colored water streaming out of their taps after the city started drawing from the Flint River.

Under orders from a state-appointed emergency manager to cut costs, Flint had stopped adding corrosion-fighting substances to its water supply even as it switched to a particularly corrosive source of water. Miguel Del Toral, an EPA water expert, identified potential health risks in February, confirmed in April that brain-damaging lead was leaching from corroded water pipes, and summarized his findings in a June memo he shared with a local resident who had called the agency seeking answers.

In emails to state and local officials, Hedman appeared to spend more time apologizing for Del Toral's alleged breach of agency protocol than addressing his findings.

"When the report has been revised and fully vetted by EPA management, the findings and recommendations will be shared with the city and (state environmental officials) and (the state) will be responsible for following up with the city," Hedman wrote in a July 1 email to then-Flint Mayor Dayne Walling, who had asked for help in responding to reporters' questions about Del Toral's memo.

"Again I apologize for taking all day to get back to you and for the manner in which this matter was handled," she wrote.

Less than a week later, as the scope of the lead contamination became increasingly apparent and local activists urged the EPA to intervene, Hedman released a statement directing citizens to the city utility for information and possible testing.

Hedman could not be reached for comment. In an interview last week with the Detroit News, she said her staff repeatedly urged Michigan environmental regulators to take the Flint situation more seriously. An independent task force appointed by Gov. Rick Snyder concluded that state officials were mostly to blame for the Flint crisis, not the EPA.

Flint has since switched back to treated water piped from Detroit. But the damage to the city's water distribution system is still being assessed.

In some ways, Hedman's seemingly muted response to the Flint crisis reflected the measured, lawyerly approach she took on other matters while serving as Illinois Attorney General Lisa Madigan's environmental counsel and, since 2010, as the Obama administration's top EPA official in the Midwest.

It also reflected political realities. During the Obama administration, the EPA has been the subject of repeated attacks in the Republican-controlled Congress, which has voted dozens of times to strip the agency of its powers.

By contrast, Gade served as the region's top EPA official during President George W. Bush's administration, which was portrayed by Democrats and environmental groups as a pushover for industrial polluters.

In several high-profile cases, Gade's actions didn't fit that stereotype. She went after BP and U.S. Steel after Tribune stories documented how Indiana had moved to relax limits on the amount of pollution the companies released into Lake Michigan. She short-circuited negotiations between Dow Chemical and her bosses in Washington by accusing the company of failing to do enough to protect Saginaw-area residents from cancer-causing dioxin. And she ordered Scotts Miracle-Gro to stop selling "illegal, unregistered, misbranded" lawn care products.

"In 20 years of public life I have never encountered a more unprofessional, vindictive and insulting government official," then-U.S. Rep. Dave Camp, a Michigan Republican, said of Gade in 2008. Camp's wife is a former Dow attorney.

"The revised consent decree has been strengthened based on public comments on the proposed consent decree that was lodged in March," she said in a 2013 statement about steps taken to force a coal-burning ferry to stop dumping waste into Lake Michigan.

Hedman got high marks for her diligence in the EPA's response to an oil spill on the Kalamazoo River. In Chicago, she consistently pressed for improvements at a lead-emitting smelter in the Pilsen neighborhood and at a massive operation in the East Side neighborhood that stored open piles of dusty, lung-damaging petroleum coke.