Did Cronyism in Michigan Make the Flint Water Crisis Worse? 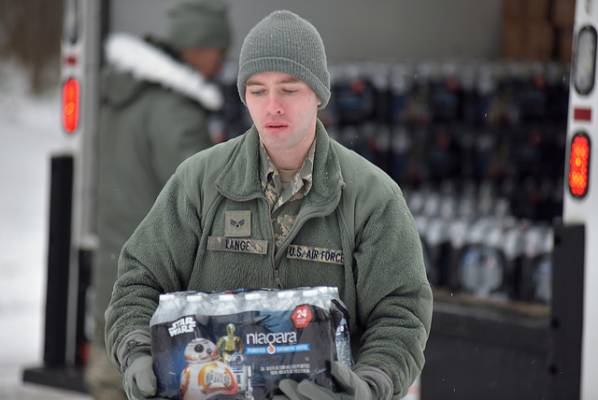 The events in the past few years in Michigan, culminating in a public health disaster, have finally turned a public spotlight on what has been happening in my home state.

Perhaps it’s where we are in history that these events have been not only uncovered, but broadcast electronically around the world. Now, so much information is available to concerned moms in blighted, low-income towns, allowing them to bypass obtuse local government, contact activists like Erin Brockovich, call the EPA, and even reach out to Virginia scientists for help. Now citizens can post pictures of orange tap water on social media, and local writers like Connor Coyne and Mark Maynard have a platform to publish what they saw and what they think.

And social media gives people around the world a way to support the residents the government ignored, to cheer them on and send them aid — while getting under the skin of Michigan legislators who thought they could conceal everything that was happening in this state. Who thought that no one would find out, or care if they did. And, remarkably, the outcry continues (as it should).

In 2015, the Center for Public Integrity ranked Michigan last in the nation on legislative accountability and transparency, saying the state “has the worst government transparency and accountability laws and practices in the country.”

In addition to questions about “shadowy” practices and “money-driven politics,” the report’s authors note: “Michigan does not require lawmakers to file asset disclosure forms, does not require lawmakers to recuse themselves from actions in which they have a conflict of interest and does not have laws specifically prohibiting cronyism or nepotism when hiring legislative staff.”

Cronyism isn’t new in politics, and given that there are no rules against it, Gov. Rick Snyder’s administration is crisscrossed with close ties. But, many certainly cast a lot of doubt on his claim to be ignorant of the situation in Flint for so long. Either his legal counsel, top advisors, press secretary and chief of staff don’t talk to him, or he brushed it all off. And since the Flint situation has heated up, many of Snyder’s cronies have deserted his sinking ship.

Snyder’s press secretary, Sara Wurfel, is married to the former Michigan Department of Environmental Quality spokesman, Brad Wurfel. She left her position in November 2015, right as the Flint situation was finally gaining national attention, and he resigned a month later, after the governor-appointed task force laid the blame for the water crisis at the MDEQ’s feet.

Both Wurfels were vocal about downplaying any issues in Flint. Brad, in particular, was openly contemptuous of residents’ concerns, saying in July 2015: “Anyone who is worried about the water in Flint can just relax.” When Dr. Hanna-Attisha blew the final whistle on the Flint crisis, state officials, and Brad Wurfel in particular, were quick to attack her as causing “near hysteria.”

Hanna-Attisha later confronted Wurfel when the state finally conceded that her data was correct and there was a big problem. “You called me irresponsible,” she recalled saying to him in an interview with the Detroit Free Press. Wurfel told the paper he had since apologized.

According to the emails Snyder initially released in January, his chief of staff, Dennis Muchmore, was aware of the Flint situation by July 2015. Subsequently-released emails reveal top Snyder advisors were concerned about the water situation in Flint as early as October 2014.

As more details came out, residents were irked to find out that Muchmore’s wife, Deb, is the spokesperson for Nestlé Waters North America.

Nestlé has a contentious history in Michigan as environmental organizations sued to limit the amount of water the company extracts from water tables on the west side of the state. Many think the company should exit the state altogether as reports show thedamage it is doing to the environment in pursuit of profit.

And although Nestlé has stepped up to donate water to Flint, Michael Moore is leading the charge against the company, accusing Snyder and the Muchmores of colluding to increase Nestlé’s profit.

There are calls for boycotts of Nestlé bottled water for Flint so that the company doesn’t further profit from the destruction in Michigan. While the company pumps 200 gallons a minute from Michigan water resources for a small fee and $13 million in tax breaks, Flint residents are paying some of the highest water rates in the nation for poisoned water.

Now, Nestle is making even more money from the residents of Michigan so they can drink their own water. Muchmore, too, departed the Snyder administration in January 2016.

Snyder’s current chief of staff is Jarrod Agen. When the Flint crisis finally came to national attention and Snyder came under fire, the governor hired two PR firms to polish his tarnished image. One PR consultant is Bill Nowling, now a senior partner at Finn Partners (a New York firm with offices in Detroit), who was a spokesman for Snyder’s 2010 campaign and handled PR for former Detroit Emergency Manager Kevyn Orr. The other firm, Mercury, has no offices in Michigan, but Agen’s wife, Bettina Inclan Agen, is a senior vice president. Far from making him look better, this move has further angered Michigan residents.

Valerie Brader, the governor’s deputy legal counsel, senior policy adviser and author of the smoking-gun email from October 2014, has since been appointed by Snyder to the Michigan Court of Appeals.