Posted by plantitfilm on Wednesday, 06 April 2016 in Animals 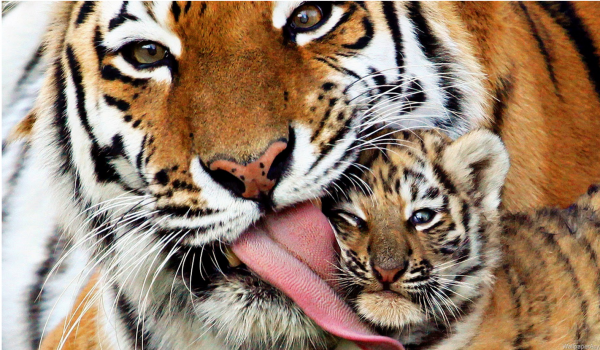 It’s estimated that there are as few as 3,200 tigers left in the wild — that’s nearly a 97 percent loss in wild tigers over just a century.

There are three main reasons for the troubling decline: trophy hunting, a loss of prey species and habitat loss due to human encroachment and land clearing operations.

Losing tigers would be a massive blow to conservation — and the cultures of the regions they inhabit. Despite this fact, conservation efforts — like those agreed upon at the 2010 International Tiger Conservation Forum in St. Petersburg, Russia – have met with limited success.

That said, one key goal that emerged from the forum was a multinational agreement to double the global tiger population. Some strategies to bolster tiger numbers include creating wildlife corridors, as well as halting habitat loss.

Since 2010, several countries, including India, have reported increases in tiger numbers. _But some of those increases have been written off due to potential data bias from different counting methods.

Scientists have also raised the alarm about predicted habitat destruction in several key conservation areas. Such a loss could derail overall tiger population growth — even if those reported gains are accurate.

However, researchers — who published their findings in the journal “Science Advances” this month — report that, based on their novel methods of evaluating habitat, actual habitat loss for the tigers may not be as severe as expected.

Scientists from University of Minnesota in St. Paul combined NASA satellite data with the Google Earth platform’s processing power to comb through and compare thousands of satellite images of the tiger’s habitat — and possible habitat loss — over a 14 year study period from 2001 to 2014.

What they found was still a significant loss of habitat — but much smaller than what previous estimates had suggested.

In total, about 80,000 km² of forest was stolen from the 76 tiger landscapes that were studied. Perhaps more disappointingly, 58,000 km² of that was in designated priority areas, suggesting that tiger conservation efforts have been neglected.

Although, it is worth noting that this study did not reflect recent commitments, like those made in the 2010 Conservation Forum.

Researchers were surprised by these findings, as the 7.7 percent loss they calculated was far less than they had anticipated. Tigers range through several Asian countries with rapidly developing economies, so land clearing was expected to be much higher than the data indicates.