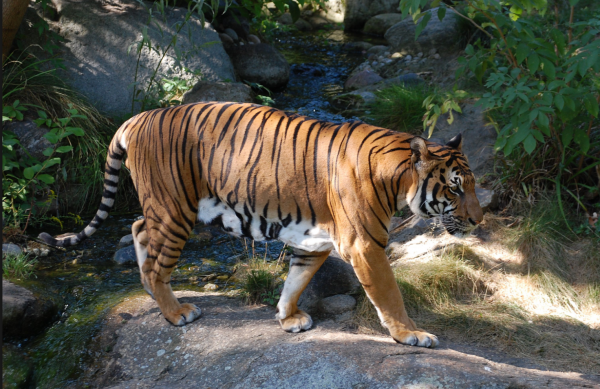 Tigers are “functionally extinct” in Cambodia, conservationists conceded for the first time on Wednesday, as they launched a bold action plan to reintroduce the big cats to the kingdom’s forests.

Cambodia’s dry forests used to be home to scores of Indochinese tigers but the WWF said intensive poaching of both tigers and their prey had devastated the numbers of the big cats.

The last tiger was seen on camera trap in the eastern Mondulkiri province in 2007, it said.

“Today, there are no longer any breeding populations of tigers left in Cambodia, and they are therefore considered functionally extinct,” the conservation group said in a statement.

In an effort to revive the population, the Cambodian government last month approved a plan to reintroduce the creatures into the Mondulkiri protected forest in the far of east the country.

The plan will see a chunk of suitable habitat carved out and protected against poachers by strong law enforcement, officials said, and action to protect the tigers’ prey.

“We want two male tigers and five to six females tigers for the start,” Keo Omaliss, director of the department of wildlife and biodiversity at the Forestry Administration, told reporters. “This is a huge task.”

The government needs $20 to $50m for the project, he said, adding talks had begun with countries including India, Thailand and Malaysia providing a small number of wild tigers to be introduced.

“It’s [the tiger] been hunted to extinction because of weak law enforcement and the government is now reacting,” said Suwanna Gauntlett, of the Wildlife Alliance.

Deforestation and poaching have devastated tiger numbers across Asia, with recent estimates from the International Union for Conservation of Nature putting the global population at just 2,154.

Officials from the 13 countries are set to meet from 12-14 April in Delhi to discuss the goals.