Posted by stevenbcohen on Monday, 18 April 2016 in Climate Change

The Paris climate accord looks promising 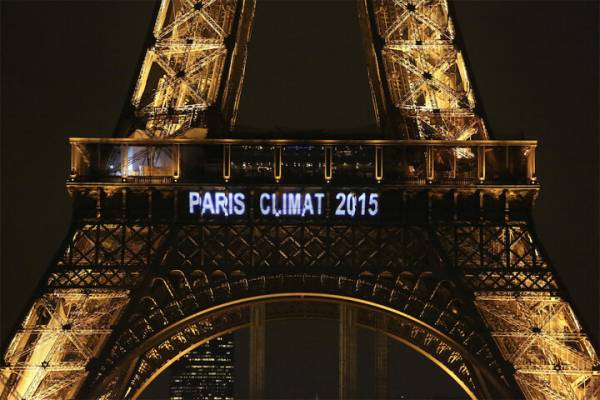 The climate talks that concluded last December were a great success, but it will be decades before we can judge whether the Paris Agreement itself is ultimately successful. What can be said is that the accord provides a good foundation for meaningful progress on climate change, and represents a dramatic departure from the past 20 years of climate negotiations.

I have long viewed the dichotomous distinction between Annex I and non–Annex I countries in the Kyoto Protocol as the major stumbling block to progress. The protocol included mandatory emissions-reduction obligations for developed countries, but none for developing countries. That made progress impossible, because significant growth in emissions since the protocol came into force in 2005 has been entirely in the large developing countries — China, India, Brazil, South Korea, South Africa, Mexico, and Indonesia.

The big break came at the annual UN Framework Convention on Climate Change conference of the parties negotiations in Durban, South Africa, in 2011, where a decision was adopted by member countries to "develop (by December 2015, in Paris) a protocol, another legal instrument or an agreed outcome with legal force under the convention applicable to all parties." This Durban Platform for Enhanced Action broke with the Kyoto Protocol and signaled a new opening for innovative thinking. The result was the agreement reached in Paris.

In Paris, a new hybrid international climate policy architecture was adopted that includes bottom-up elements in the form of Intended Nationally Determined Contributions, national targets and actions that arise from national policies; and top-down elements for oversight, guidance, and coordination. Now, all countries will be involved in taking actions to reduce emissions.

This broad scope of participation under the new Paris Agreement is a necessary condition for meaningful action, but, of course, it is not a sufficient condition. Also required is adequate ambition of the individual contributions. But this is only the first step with this new approach. The INDCs will be assessed and revised every five years, with their collective ambition ratcheted up over time.

That said, even this initial set of contributions could cut anticipated temperature increases this century to about 3.50 Celsius, more than the frequently discussed goal of limiting temperature increases to 20C (or the new aspirational target from Paris of 1.50C), but much less than the 5–60C increase that would be expected without this action. (An amendment to the Montreal Protocol to address ozone-depleting hydrofluorocarbons is likely to shave an additional 0.50C off of warming.) Unfortunately, some advocates have characterized the Paris outcome as a "failure," because the 20C target was not achieved immediately.

The problem has not been solved, and it will not be for years to come, but the new approach brought about by the Paris Agreement can be a key step toward reducing the threat of global climate change. The agreement is only a foundation for moving forward, but it is a sufficiently broad and sensible foundation to make increased ambition feasible for the first time. Whether the agreement is ultimately successful, whether this foundation for progress is effectively exploited over the years ahead by the parties to the agreement, is something we will know only 10, 20, or more years from now.

What is key in the agreement is the following: the centrality of the INDC structure; the most balanced transparency requirements ever promulgated; provision for heterogeneous linkage, including to international carbon markets; explicit clarification in a decision that agreement on "loss and damage" does not provide a basis for liability of compensation; and five-year periods for stocktaking and improvement of the INDCs.

I will conclude where I started. The Paris Agreement provides an important new foundation for meaningful progress on climate change, and represents a dramatic departure from the past 20 years of international climate negotiations. Of course, the problem has not been solved, and it will not be for many years to come. But the new approach brought about by the Paris Agreement can be a key step toward reducing the threat of global climate change.

In truth, only time will tell.