Posted by Virginia on Wednesday, 27 April 2016 in Ocean/Seas/Coastlines

Coral reefs are dying – just when we need them most 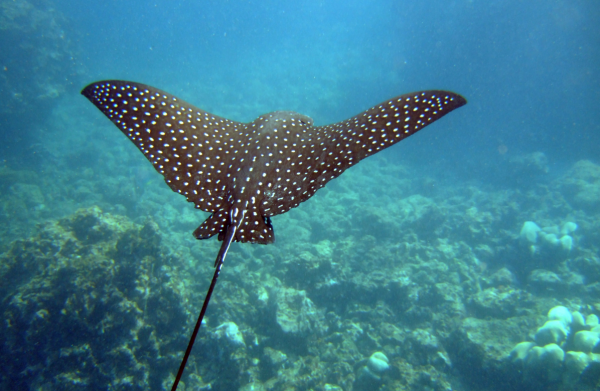 Coral reefs around the world are rapidly dying – just when humans need their protective services the most. The plight of the world's reefs has become all too clear this month with news from the Australia that the 30 to 50 percent of the Great Barrier Reef is already dead, and the realization that a newly discovered reef in the Amazon River is already under threat.

According to a 2014 report by the Global Coral Reef Monitoring Network,19 percent of the world’s coral reefs are already dead from bleaching, a process that occurs when warm water temperatures cause corals to lose their essential photosynthetic zooxanthellae and vibrant colors. Reefs are sometimes able to recover from singular bleaching events, but if repeating episodes continue, all of the world’s coral could disappear within the next 40 years.

“Coral reefs buffer adjacent shorelines from wave action and prevent erosion, property damage and loss of life,” says the National Oceanic and Atmospheric Administration (NOAA). “Reefs also protect the highly productive wetlands along the coast, as well as ports and harbors and the economies they support. Globally, half a billion people are estimated to live within 100 kilometers of a coral reef and benefit from its production and protection.”

As global temperatures continue to rise from human-induced climate change, tropical storms and hurricanes are likely to increase simultaneously – and humans will have fewer of the world’s natural storm barriers.

According to the US Environmental Protection Agency, sea surface temperatures “have been higher during the past three decades than at any other time since reliable observations began in 1880.” Between 1901 and 2014, sea surface temperatures have risen at an average rate of 0.13 degrees Fahrenheit per decade. And because hurricanes and tropical storms get their energy from warm ocean temperatures, there is the danger that future storms will be formed in warmer waters, thus garnering more energy.

“The one way in which global warming could impact hurricanes is by making them more intense. More heat and water in the atmosphere and warmer sea surface temperatures could provide more fuel to increase the wind speeds of tropical storms,” explains NASA. “Even if tropical storms don’t change significantly, other environmental changes brought on by global warming could make the storms more deadly.” Other global-warming-related changes that could impact storms include melting glaciers and sea level rise.

When waves pass over a coral reef, their energy can be reduced by 75 to 95 percent suggests Endangered Species International.

“Today, approximately 150,000 km of coastline across 100 countries and territories receive some protection from wave energy,” the organization explains on their website. “The value of shoreline protection from coral reefs, based on the anticipated loss of property, avoided damages (where reefs have been perceived to reduce wave inundation) and the cost of building artificial shoreline protection structures (to substitute a reef) was US $10.7 billion in 2010.”

But repeated storms can also harm the corals, further diminishing their protective services. For example, experts at the Wildlife Conservation Society fear that Fiji's reefs may be too stressed from bleaching tosuccessfully recover and rebuild from damage caused by Cyclone Winston which hit the island in February.