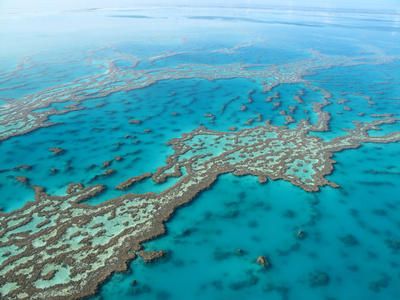 Researchers reporting online on May 24 in the Cell Press journal Current Biology present the first evidence that areas closed to all fishing are helping to sustain valuable Australian fisheries. The international team of scientists applied a forensic DNA profiling approach to track the dispersal pathways of fish larvae throughout a network of marine reserves on Australia's Great Barrier Reef.

"Marine reserves have been set aside to create resilient ocean ecosystems and help sustain fisheries, yet there has been little clear evidence that they can provide either," said Hugo Harrison from the ARC Centre of Excellence for Coral Reef Studies and James Cook University in Australia. "This study provides the first conclusive evidence that larval supply from marine reserves generates important recruitment subsidies to both fished and protected areas."

The researchers focused their attention on two commercially and recreationally targeted fish species, coral trout and stripey snapper. Over 4 weeks during the peak reproductive season, the researchers collected tissue samples from 466 adult coral trout and 1,154 adult stripey snapper within three focal reserves. For the next 15 months, they then collected juveniles of both species from 19 protected and fished locations up to 30 kilometers from the focal reserves. By recording the sampling locations of all adult and juvenile fishes and using the DNA to assign offspring to one or both parents, they were able to track the movements of juveniles spawned in the focal reserves.

Based on that evidence, the researchers estimate that reserves, which account for just 28 percent of the local reef area, produced approximately half of all juvenile recruitment to both reserve and fished reefs within the study area.

"Until now, no one has been able to show that adequately protected reserve networks can make a significant contribution to the replenishment of fished populations," said Geoff Jones, lead author of the study. "The fate of the offspring of fish in the reserves has been a long-standing mystery. Now we can clearly show that the benefits of reserves spread beyond reserve boundaries."

Harrison says he hopes that policymakers and governments -- not just conservation and fisheries biologists -- will recognize marine reserve networks as a win-win for both fish conservation and commercial fisheries.

"Most importantly, I hope that recreational, artisanal, and commercial fishers will no longer perceive marine reserves as the 'fish that got away' but rather as the 'golden goose' of sustainable fishing practices," he says.