Posted by dundiedanc on Monday, 11 November 2013 in Fishing

Over Fishing and Feeding the World 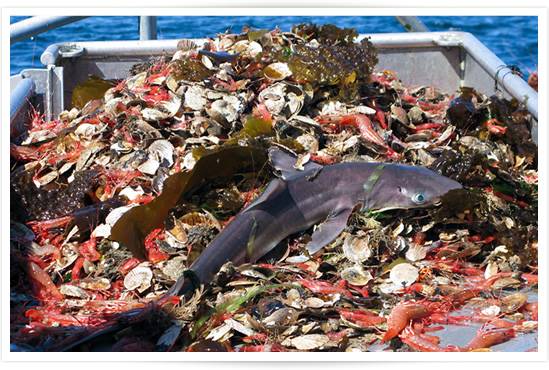 Restoring ocean fisheries in 24 countries could provide a meal for close to a billion people a day. New Englanders can also help ocean ecosystems recover by eating wild fish, choosing small fish, buying fish from the United States and eating mollusks, according to Andrew Sharpless, CEO ofOceana.He also told the audience in a talk Nov. 7 at the New England Aquarium that they should contact legislators to support the SAFE Seafood Act, which would make the fishing industry more transparent.It’s best to avoid eating shrimp because they are caught in nets that bring many species up accidentally, Sharpless said. The unwanted species are known as “bycatch” and are tossed back into sea, usually dead. He also said carnivorous fish such as salmon should be caught in the wild rather than farmed.Since farming oysters, clams and mussels reduces pollution and builds local job opportunities, Sharpless said he recommends eating mollusks. “They’re cleaning the ocean as they grow,” he said. “We love the mollusk farmers.”As the world population approaches 9 billion, climate change advances and the middle class expands, Sharpless said livestock farming will put pressure on land ecosystems, forests and aquifers. The cost of grain also will increase, causing shortages for poor communities.“We all don’t want to have to choose between biodiversity and feeding people,” said Sharpless, who recently coauthored a book titled “The Perfect Protein: The Fish Lover’s Guide to Saving the Oceans and Feeding the World.”Fisheries worldwide are becoming depleted by overfishing, according to Sharpless. He said he also is concerned about ocean acidification brought on by higher levels of carbon dioxide. If trends continue, Sharpless said, fish harvests will drop until the middle of the century. At that time, only 450 million people a day will be able to eat a meal of fish.Putting common-sense conservation practices in place and eliminating bycatch would allow fisheries worldwide to recover and reach new heights of production. Sharpless said only 24 countries would need to lead the way to allow fish populations to recover. He said fisheries are “wonderfully resilient.”“I don’t think we are on the brink of a precipice and should just give up. The most productive parts of the world’s ocean are close to the coasts,” said Sharpless, noting that most of this sea change could be accomplished without international treaties. Each nation owns the ocean near its shores.“Wouldn’t it be nice if the world’s oceans, 71 percent of the planet, could feed as many people as possible?” he asked.Wild fish can feed the world by partially replacing red meat and poultry, Sharpless said. This transition would save money, conserve natural resources, reduce greenhouse gas emissions and improve public health.Raising livestock requires vastly more financial and natural resources than ocean fishing does. According to Sharpless, one can produce 90.5 metric tons of wild fish for $100,000. In comparison, one can only produce 24.2 metric tons of beef and 40.1 metric tons of poultry for that price. Raising wild fish requires almost no water, he said, while raising poultry requires 3,500 liters of water per kilogram of protein.Compared to livestock farming, ocean fishing causes minimal climate change. Livestock contribute to climate change by producing methane when they digest food. Raising animals on land adds carbon dioxide to the atmosphere, raising global temperatures. Catching wild fish produces almost no carbon dioxide, Sharpless said, while raising poultry produces six kilograms of carbon dioxide per kilogram of protein.Sharpless said he also estimated a fish-based diet could reduce one’s obesity risk by 5 percent, cut one’s cancer risk by 25 percent and drop one’s heart disease risk by 24 percent.