Posted by stringer on Sunday, 16 February 2014 in Fishing 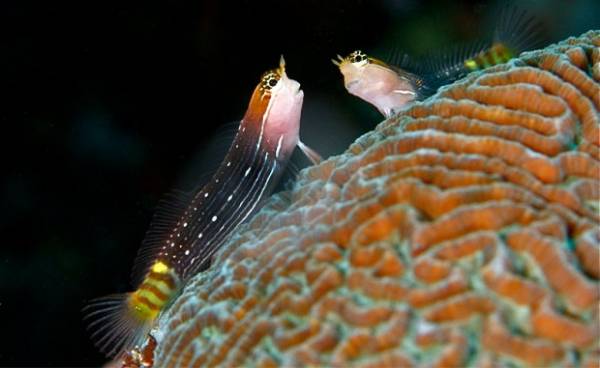 Increasing carbon dioxide in the world's oceans could hamper fishes' eyesight, slowing their reaction times and leaving them vulnerable to predators or unable to hunt, new research has shown.

Experts say it adds to the existing evidence that ocean acidification will be bad for marine ecosystems and possibly fisheries.

Ocean acidification is one of the effects of increasing atmospheric carbon dioxide by burning fossil fuels, which is also increasing global temperatures.

CO2, when absorbed by seawater, is converted to carbonic acid. Since the industrial revolution, ocean pH has decreased by 0.1, corresponding to a 30% increase in ocean acidity.

Previous studies have confirmed that acidification can have a wide variety of impacts on ocean life, including damaging shells and corals and interfering with fishes' sense of smell, with the polar regions particularly vulnerable. Acidification is also known to effect neurotransmitters in fish brains.

The new study, in the Journal of Experimental Biology, shows that increasing CO2 has a direct impact on fish eyes.

The researchers measured the impact of acidification on fish eyes by subjecting damselfish to different amounts of dissolved CO2 and lights flickering at different speeds.

All animals, including humans, can see lights flickering—up to a point. Above a certain speed, flickering lights appear constant. The speed at which flickering light becomes constant varies among species.

The researchers found that at high levels of CO2 fish had trouble resolving high-speed flashes.

Weng-Sun Chung, PhD candidate at University of Queensland and an author on the study, said that although there was no direct evidence that fish have slower reaction times with more CO2, the study suggested such effects are likely.

Many fish are dependent on quick reaction times to hunt for food, or escape form predators. If fish are unable to see fast-moving predators or prey, they would be unable to react. Instead, the fish would just see a blur.

Fish that could better cope with higher CO2 would have an advantage over fish with slower reaction times, which could disrupt ecosystems, Chung said.

"There are a very wide range of impacts of acidification. Most are related to the different senses that fish use."

"We know ocean acidification has a negative effect on the auditory capabilities of fish, and that it interrupts their olfactory capabilities, for example failing to smell optimal habitat and predators. Research has also shown that it effects visual perception."

"Some fish may get bolder and more aggressive thanks to ocean acidification, and other fishes not. So if you put two species together you will see a shift in aggressiveness and dominance."

Wider ranging impacts might include changes to marine fisheries, and a decline in biodiversity "in favour of more generalist species that can cope with more variable environments".

But Professor Nagelkerken warned it was too early to predict winners and losers.

"We're very far from understanding all of it because there are so many different ecosystems and species."