Posted by Calle on Wednesday, 05 June 2013 in Ocean/Seas/Coastlines 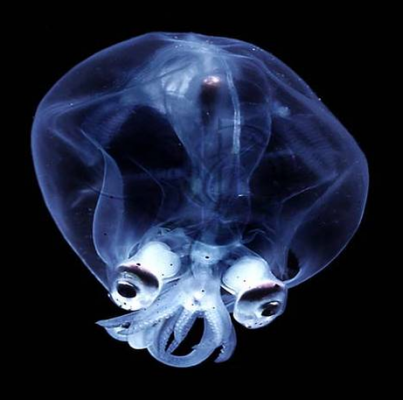 With his jaw-dropping footage of amazing sea creatures, oceanographer David Gallo strikes us with wonder and exposes how little we know about what lies below the surface of the ocean. The ocean is the planet's largest habitat, covering more than three-quarters of its surface, yet most of this environment is unexplored. We know more about the surface of Mars than we do about the seafloor of our own planet.

Today, most of the world's ocean is in serious decline, especially coral reefs, which are overfished and dying due to coastal development, erosion and runoff, pollution, and global warming. Back in 2000 I dove for the first time among the corals surrounding the Phoenix Islands in the South Pacific. They were the most pristine ever found. Virtually uninhabited, the islands had been protected by their remoteness, seeming to exist outside of time, and their reefs had been spared the overfishing and destruction that had ravaged neighboring reefs in the Pacific and elsewhere.

We must take care of our ocean. The fact that only about 1 percent of the ocean is protected (compared with 12 percent of the landmasses) should be a clarion call for ocean conservation. We need to ramp up our protection of the ocean and create more large marine protected areas like the Phoenix Islands Portected Area (PIPA), the Great Barrier Reef Marine Park, and Papahānaumokuākea Marine National Monument, to name a few. There has never been a more important time than the present to do so.

Pacific nations have taken a leadership position in global marine conservation. In 2009 President Anote Tong of Kiribati presented a concept to fellow member nations of the Pacific Islands Forum, proposing a "Pacific Oceanscape" initiative to protect the world's largest ocean. In 2010 the fifteen-member nations' leaders, including President Tong, met in Vanuatu and endorsed the Pacific Oceanscape Framework. Covering nearly 25 million square miles (40 million km2) of ocean and island ecosystems -- the size of Canada, the United States, and Mexico combined -- the Pacific Oceanscape unites Pacific island states in a survival campaign for ocean conservation and management in the twenty-first century.

To design the Pacific Oceanscape, stakeholders were recruited from fisheries, universities, conservation organizations, regional agencies, and governments to create a framework for the long-term, sustainable management of the ocean region that the Pacific island nations depend on for their survival and treasure as their natural and cultural heritage. This innovative and ambitious initiative is remarkable not only for its scale, but also for the united Pacific voice it brings to issues of sustainable development and ocean conservation.

The Future of the Phoenix Islands

It all started in 2001, when I flew to Tarawa, the capital of Kiribati, with two of my friends and marine biology researchers David Obura and Sangeeta Mangubhai to meet with government officials after our first expedition to explore the corals and sea life surrounding the Poenix Islands. The three of us presented a slide show and science report to the ministers of Fisheries and Environment, showing them the magical underwater scenes of hundreds of sharks, lavish, colorful corals, dense clouds of reef fish, and countless bird nesting on the islands.

They were as amazed as we had been at the untouched, museum-like quality of the Phoenix Islands reefs, in sharp contrast to the reefs closer to their population centers, which were all overfished and degraded by coastal development. I could tell that seeing these thriving reefs meant a great deal to the Kiribati people in the room because of their society's ancient connection to the sea. They informed us that we were the first foreign scientists who had ever bothered to come to Tarawa to explain in person what we had done and what we learned while conducting research in Kiribati waters.

The conversation that began in Tarawa marked the beginning of a remarkable partnership. The story of the Phoenix Islands shows how a single small action by a few individuals can grow to enlist the expertise, energy, and passion of people around the world, from ordinary citizens to professionals to policymakers at the highest levels of government. Turning conversations into action requires each of us to commit ourselves anew, dedicating our time, energy, financial resources, and political will to the problems of climate change, overpopulation, and the other forces that affect our beleaguered water planet. It demands that we engage in free and honest dialogue across disciplines, cultures, and oceans. Our children, and their children, can inherit this blue planet only if we make the urgent mission to save the ocean our own and raise our voices along with our hopes.

Greg Stone is the Chief Ocean Scientist and Executive Vice President of The Betty and Gordon Moore Center for Science and Oceans at Conservation International. He is co-author of 'Underwater Eden.'

Ideas are not set in stone. When exposed to thoughtful people, they morph and adapt into their most potent form. TEDWeekends will highlight some of today's most intriguing ideas and allow them to develop in real time through your voice! Tweet #TEDWeekends to share your perspective or email tedweekends@hufﬁngtonpost.com to learn about future weekend's ideas to contribute as a writer.