Posted by amir on Tuesday, 06 September 2011 in Ecotourism

Why We Should Put a Price Tag on Ecosystem 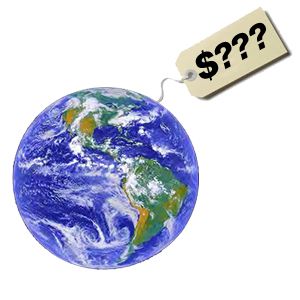 A recent article in the New York Times about the work Stanford University biology professor Gretchen Daily is doing in Africa and Costa Rica highlights the importance of ecosystem services, or putting a value on ecosystems. Daily co-founded the Natural Capitalism Project (NCP) in November 2006. NCP, as Daily told the New York Times, works to "quantify in biophysical and dollar terms the value of conserving the forest and its wildlife."

NCP is a joint venture between Stanford University's Woods Institute for the Environment, the University of Minnesota's Institute on the Environment, The Nature Conservancy (TNC) and the World Wildlife Fund (WWF). NCP developed software tools for Integrated Valuation of Ecosystem Services and Tradeoffs (InVest) which allows "decision makers" to put a value on natural capital, as its website states. InVest includes coastal and marine ecosystem services.

The Sierra Nevada Region project caught my attention because I have roots in the area. NCP's website gives some interesting facts about the region, which helps someone understand both the importance of NCP having a demonstration project there, and the importance of ecosystem services...