Posted by thatsenough on Monday, 17 February 2014 in Mining 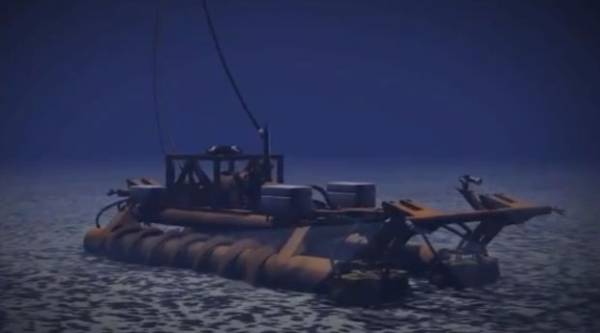 Scientists have made an impassioned plea for humanity to pause and think before making a headlong rush to exploit the deep sea.

The researchers said the oceans' lowest reaches had untold riches that could benefit mankind enormously, but not if the harvesting were done destructively.

The scientists called for a "new stewardship" of the deep sea.

This would require effective ecosystem management and sustainable methods of exploitation.

The researchers said the fishing sector had already initiated some very damaging practices, such as the widely criticised use of heavy-rolling, sea-floor nets, but that there was still time for other sectors to take more sensitive approaches.

This includes the imminent development and spread of industrial-scale deep-sea mining.

Technology-driven
The ocean floor is being targeted as a source for a range of metals and minerals.

Part of this is driven by the insatiable appetite for modern technology devices like cell phones and hybrid cars.

The battery in a Toyota Prius hybrid car, for example, requires more than 10kg of lanthanum.

Large tracts of sea bed have now been licensed to permit the prospecting of manganese nodules, cobalt crusts, massive sulphides to produce copper and zinc, and even phosphates to make fertilisers.

Some of these licences are certain to turn into full-mining permissions this decade.

"The deep ocean is a vast repository of resources, and looking over the long term - the next hundreds of years, say - we almost surely are going in there to mine," said Prof Lisa Levin, a biological oceanographer at the Scripps Institution of Oceanography, in San Diego, California.

"Even if some deposits are not currently economically viable, they probably will be in 50 years from now.

"What we're trying to say is that we need to do this in a responsible way, and if we are going to extract these resources, we need to do it with the least amount of harm to ecosystems, and now is the time to start thinking about how we do that," she told BBC News.

The researchers made their call for a new stewardship mentality at the annual meeting of the American Association for the Advancement of Science (AAAS).