An Open Letter To Our Politicians. Please Protect Our Oceans Now! 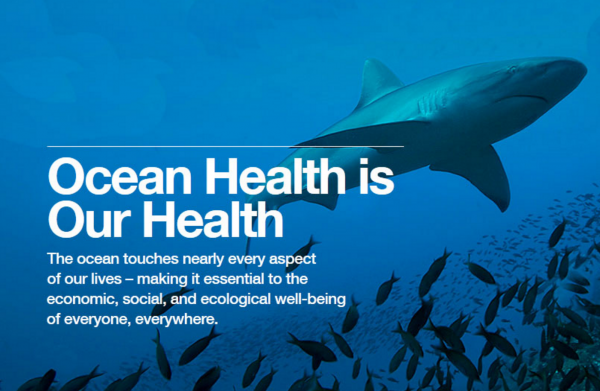 Our oceans are in peril. There is too much plastic in them. Plastic suffocates and strangles marine wildlife who consume it, thinking it is food.

The oceans have far too many chemicals in them; recklessly dumped with abandon.

We have removed and/or finned too many sharks and fish. Ecosystems are in danger. We are testing the oceans’ ability to sustain life.

Carbon, methane, and nitrous oxide emissions are released into the atmosphere daily from transportation, energy, agriculture, and animal agriculture. These emissions not only affect global temperatures and the atmosphere, they also affect the pH of the oceans, and the ecosystems that existed long before humans came along.

Look, I know you’re busy working on other important issues. I know you’ve been working on issues of “green energy,” endangered species protections, and transportation improvements. But, what about the oceans? Over the years, most of your focus has been directed towards land, land animals, and fossil fuels.

I get it, we live on land, we understand land. Yet, even here, we are “missing the boat.” After all, there are only 25,000 Rhinos left, and elephants are brutally murdered every 15 minutes! I get it. Something’s gotta give.

But, moving forward, I do ask; please spend as much time and effort on our oceans; rather, more time! They sure do seem to get the short shrift.

FACTS ABOUT OUR OCEANS:

The oceans give us air to breathe, and water to drink (though indirectly.) We have removed more than 80-90% of our large fish. Many whale populations remain threatened and still hunted by some (Japan, Iceland, Norway, Faroe Islands).

We have dumped agricultural wastes, chemicals, and pollution into our oceans, creating dead zones where marine-life cannot live! These chemicals havealso affected marine-animals ability to reproduce!

Instead, we need to spend more effort, time, resources, and conservation dollars to protect this most vital of ALL resources. We need to protect theoceans; or, at the very least, think about them and act on them, as much as we do our lands and the animals that live there. Protecting only 1% of ouroceans is NOT enough.

In fact, we need to do BETTER! Both on land, and in the oceans!

We lose more and more species every year. There will be more plastic than fish in the oceans by 2048.

The reason I set out to write this letter to you is because, in 2048, my son will be my current age. But I fear the planet will not look as it does today, at my current age.

WHAT CAN YOU DO?

As an elected official, you can work towards policies and guidelines that protect our oceans by:

If we want the oceans to survive and protect the livelihoods of the billions of people who depend on them for food, money, life, and climate stability, you, our elected officials, must do more to help now.

I would gladly fill your seat, in congress or the senate or in local government, and work on plans to save our oceans, and our planet. But, since it will likely take me many years to get into your seat, I implore you, do something, do it now. Protect our oceans and wildlife. Don’t wait another moment. That moment may be too late.

Thank you, and respectfully,