Posted by brian carter on Wednesday, 17 August 2016 in Animals 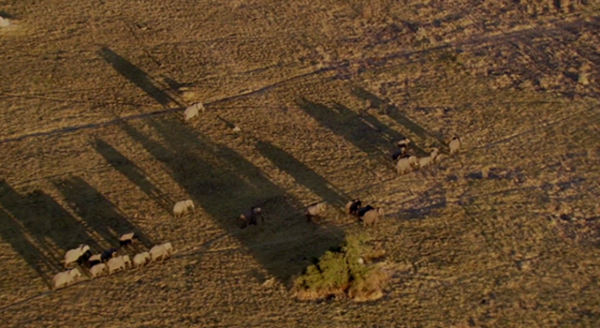 Hwange National Park is one of the biggest wildlife sanctuaries in Zimbabwe, and it houses two-thirds of the country's 80,000 elephants. The plan will help protect the country's endangered elephants, which are considered a valuable tourist attraction. According to data from Zimbabwe's ministry of tourism, the country benefits greatly from tourism, which represents 11 percent of Zimbabwe's $14 billion economy.

According to Cephas Mudenda, a board member of the Zimbabwe Parks and Wildlife Management Authority (ZPWMA), the agency had purchased two aerial drones to survey the park and combat elephant poaching. The agency also acquired sniffer dogs from South Africa for added surveillance and protection.

Parks officials said that they also plan to gradually increase the number of game wardens, but the lack of funding has been a major challenge. According to Mudenda, ZPWMA only has about 2,000 employees instead of 3,200.

In the last two years, wildlife officials reported dozens of elephants killed by cyanide. Last year, 22 elephants were found dead in the remote Sinamatella area of Hwange National Park. According to officials, rangers have recovered 35 tusks, and some of the elephants had been too young and their tusks have not yet developed. Poachers had escaped carrying three tusks.

"Poachers know that the moment they pull a trigger, it's easier for us to find them, so they use cyanide," CarollineWashaya-Moyo, a spokesperson for the ZPWMA, told CNN.

Poachers would lace elephant watering holes with cyanide. Once it gets into the elephant's systems, the poison will prevent cells from the body from using oxygen, thus suffocating the animal.

While cyanide is a silent killer, it could also affect other wildlife animals and contaminate the ecosystem. Cyanide contamination increases during rainy weather, CNN reports.

In 2015, about 20,000 elephants were killed for ivory, The Guardian reports. In spite of a global ban, the illegal ivory trade has exploded, with most of the demand coming from Asian countries, particularly China.