Posted by thatsenough on Friday, 19 August 2016 in Oil Spill 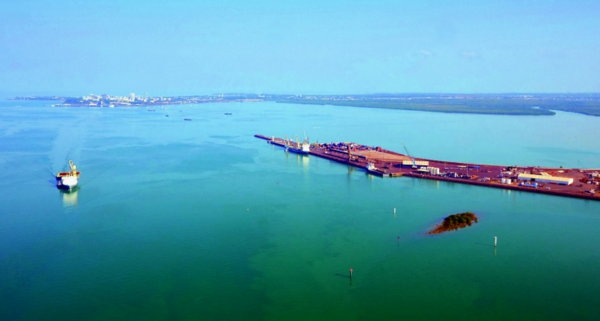 The Port of Darwin in Australia’s remote north may be one of the world’s smallest ports, but it boasts the title of the world’s biggest in livestock exports. It is also Australia’s northern gateway to Asia and a major oil and gas (O&G) hub for gas fields Bayu Undan, Bonaparte, Browse Basin, and Greater Sunrise in the Timor Gap. Today the Darwin Port had a massive oil spill that can not be contained or cleaned.

The Darwin Port receives a reports of an oil spill spill at 4:00am.

"If it's a fuel oil, it is either from some fuel oil storage or perhaps from a largish ship but we can't be certain as to what it is at the moment," he said.

"Consequently, it's formed a very thin sheen that is moving very rapidly up and around the harbour, backwards and forwards."

'No effective way of containing': EPA

Dr Freeland said the way the oil had formed on the surface of the water meant it would be difficult to mitigate.

"In terms of containment, there are no really effective ways of containing fine sheens of oil spread over large areas," he said.

"All you can do is perhaps break it up with propellers so you can begin to emulsify it and get it out of the water."

Dr Freeland said evidence of the oil had been found at Blaydin Point, Hudson Creek, Emery Point and also at the high-tide mark at Larrakeyah.

"So it goes from Larrakeyah all the way down to Inpex," he said.

"So it is essentially contaminating a fair chunk of the harbour.

"Parks and Wildlife staff are on standby in case there are any oil birds, but we haven't found any yet."

The NTEPA has "fingerprinted" the oil so it can cross match it with another oil if a perpetrator is found.