How Trump Could Erase Decades of Climate Change Action 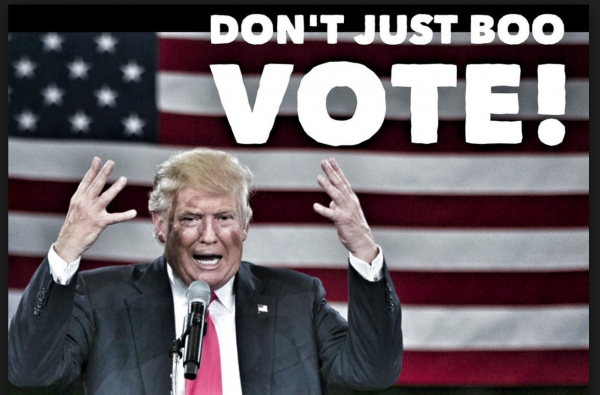 In particular, Trump has said he would renege on the historic Paris climate pact. In addition, he has selected Myron Ebell, who is skeptical that human-caused climate change is occurring, to spearhead the transition of the U.S. Environmental Protection Agency (EPA) to the new administration, as reported by ClimateWire. (The EPA is involved in developing the regulations that would reduce greenhouse gas output.)

But what would this mean for the world's climate?

It turns out that although it's relatively simple to remove the U.S. from its treaty obligations, the impacts of such a move are still not clear, experts say.

"If all the nations of the world fully met their Paris pledges, that would lead to avoided cumulative greenhouse gas emissions of about 100 gigatons of carbon dioxide" by around 2030, said John Sterman, a professor at the Massachusetts Institute of Technology Sloan School of Management and a senior adviser for the nonprofit Climate Interactive. The United States made up 22 gigatons of that total by 2025, so fully renouncing the pact would mean greenhouse gases would be that much higher. And in the worst case, it could lead to the complete unraveling of the deal, Sterman said. [The Reality of Climate Change: 10 Myths Busted]

"It could be worse, because many nations may decide that if the United States won't live up to its agreement, why should they?" Sterman told Live Science.

However, the agreement was never binding and will not be enforced with penalties, so it was never guaranteed that all signatories would fulfill their commitments anyway, Sterman said. And in the best case, economic drivers or city or state initiatives could lead the U.S. to slash its emissions regardless of a pact, he added. [6 Unexpected Effects of Climate Change]

Less than a year ago, President Barack Obama signed the historic Paris agreement. The United States, along with 195 other countries, agreed to make the carbon dioxide emissions cuts necessary to prevent more than a 3.6 degree Fahrenheit (2 degrees Celsius) rise in global average temperatures above preindustrial levels.

In speeches all along the campaign trail, Trump has made it a priority to undo Obama's climate work.

The agreement itself allows signatories to remove themselves from the treaty only after four years.

"It's kind of designed for someone like Trump in mind," said Michael Wara, an expert on energy and environmental law at the Stanford Law School in California, referring to a leader who wants to get out of the obligations.

However, there are ways Trump could actually derail the processsooner.

"The Paris agreement has taken effect, but there's still a lot to do to spell out how it's actually going to be implemented," Wara told Live Science.

Right now, world leaders are congregating in Marrakech, Morocco, for the Conference of the Parties 22, to figure out this process.

"If the U.S. doesn't play ball in negotiating the implementation of Paris, that could be as impactful as U.S. withdrawal," Wara said. For instance, if the E.P.A. is run by a climate skeptic, they could simply scrap rules for regulating carbon dioxide, making enforcement of the goals impossible, he said.

Beyond this, the Paris climate agreement is part of a larger treaty, called the United Nations Framework Convention on Climate Change, which was first negotiated in 1992. Trump could potentially remove the United States from the UNFCC within a year with a stroke of a pen. This step would eliminate the requirement that the United States report its emissions levels, Wara said.

Early this year, Obama helped craft an amendment to the Montreal Protocol, a landmark agreement signed by197 countries in 1989 to protect the Earth's ozone layer. The new amendment aims to phase out production of superpotent warming gases called hydrofluorocarbons (HFCs) by providing financial incentives to developing countries to cut these gases, but the Senate has yet to ratify it. So a future President Trump could simply decline to take action. That inaction, in turn, could lead developing countries to question whether to bother limiting their HFC emissions.

"India, in particular, was extremely nervous about signing onto it," Wara said.