Posted by Davis on Monday, 14 November 2016 in Climate Change

Trump is wrong on the Paris climate agreement. I know because I negotiated it. 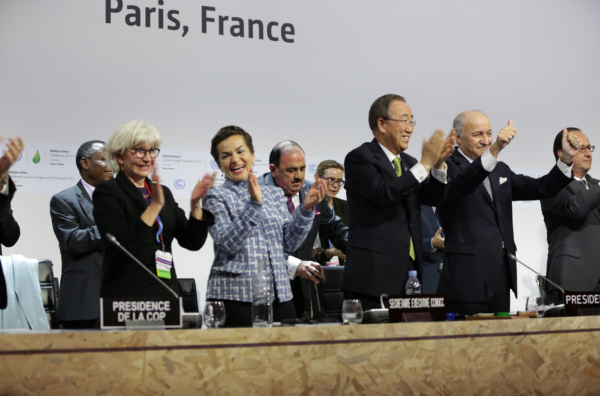 Todd Stern was the U.S. special envoy for climate change from 2009 until April 2016.

Trump is wrong about the Paris Climate Agreement. I know because I negotiated it.

Donald Trump vows that once in office, he’s “going to cancel the Paris climate agreement,” which, he asserts, “gives foreign bureaucrats control over how much energy we use right here in America.”

That’s not especially surprising coming from Trump, who has said he is “not a great believer in man-made climate change.” But this particular promise caught my attention, since I led the U.S. negotiating team in Paris and in the seven years leading up to that agreement.

Let’s take a look at Trump’s position on the Paris Agreement, the first genuinely global, durable diplomatic response to the threat — and yes, it’s a real one — posed by climate change.

The bit about “foreign bureaucrats” controlling our energy use is ludicrous. Under the Paris Agreement, no foreigner, from bureaucrat to king, gains an iota of control over U.S. decisions about how much energy we use or, indeed, what our overall energy or climate policy is.

Rather, every country develops its own plan for reducing its greenhouse gas emissions. No country can tell another what it must do. This “nationally determined” structure was exactly what the United States advocated. And some 190 countries, including all the big ones, have submitted plans.

All countries are covered by a strong transparency system for regularly reporting and being reviewed on their emissions inventories and the progress they are making toward targets. But again, these targets are a matter for the countries themselves to determine.

Indeed, the Paris Agreement ought to be embraced not only by those who seek strong action on climate change but also by all those who traditionally opposed climate agreements because China and other emerging economies seemed to get off scot-free. Rather than excuse these less developed countries, the Paris Agreement adopts a flexible means of differentiating among countries, keyed to their capabilities.