Posted by ESKCSG on Tuesday, 22 November 2016 in Animals 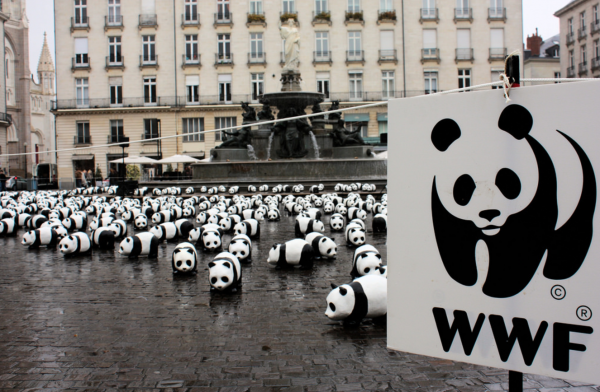 Global populations of vertebrates -- mammals, birds, reptiles, amphibians, and fish -- have declined by 58 percent between 1970 and 2012, states a new report from World Wildlife Fund (WWF). Animals living in the world’s lakes, rivers, and freshwater systems have experienced the most dramatic population declines, at 81 percent. Because of human activity, the report states that without immediate intervention global wildlife populations could drop two-thirds by 2020.

"This research delivers a wake-up call that for decades we've treated our planet as if it's disposable,” said Carter Roberts, WWF president and CEO. “We created this problem. The good news is that we can fix it. It requires updating our approach to food, energy, transportation, and how we live our lives. We share the same planet. We rely on it for our survival. So we are all responsible for its protection."

The top threat to wildlife is habitat loss and degradation, driven primarily by increasing demand for food and energy. According to the report, global food production is the leading cause for destruction of habitats and overexploitation of wildlife. Agriculture currently occupies approximately one-third of Earth’s total land area and accounts for 70 percent of all freshwater use.

Wild animals are not the only ones at risk; the report states that increased pressure threatens the natural resources that all life -- including humanity -- depend on.

The report demonstrates the need to rethink how we produce, consume, measure success and value the natural environment, and calls for an urgent system change by individuals, businesses and governments. The report also illustrates the positive momentum that is building by highlighting recent global agreements on climate change and sustainable development. In particular, the report recognizes the 2030 Agenda for Sustainable Development as an essential guide to decision-making that can ensure that the environment is valued alongside economic and social interests.

“A strong natural environment is the key to defeating poverty, improving health and developing a just and prosperous future,” said Marco Lambertini, WWF director general. “We have proven that we know what it takes to build a resilient planet for future generations, we just need to act on that knowledge.”