Posted by wally on Wednesday, 23 November 2016 in Fossil Fuels 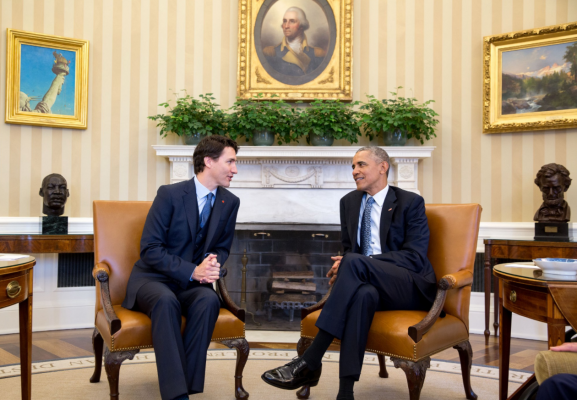 In early november, Justin Trudeau appeared at a Coast Guard base in Vancouver’s Stanley Park, announcing $1.5 billion to be invested in ocean protection, including the development of “world leading marine safety system” for Canada’s coasts. In making the announcement, Trudeau was setting the stage for what many believe will be the approval of Kinder Morgan’s Trans Mountain Pipeline, which has been conditionally approved by the National Energy Board and is awaiting a decision from Ottawa by December 19. By making the announcement, Trudeau was also addressing one of British Columbia Premier Christy Clark’s key conditions for allowing tankers to ply the coast.

Like Enbridge’s proposed Northern Gateway Pipeline that would terminate in Kitimat, BC, the plan from Texas-based Kinder Morgan is a controversial one: the expansion of an existing pipeline that moves oil from Alberta to Burnaby to one that would bring more than 400 tankers within Vancouver city limits at Burrard Inlet annually.

The dispensing of cash for environmental safety was supposed to be a good news story, but there were two wrinkles on the day. To the chagrin of environmentalists, the prime minister brushed off questions about his promised moratorium on north coast oil tankers, a key 2015 Liberal election promise, which is supposed to be announced before the end of 2016. And at the very moment Trudeau was talking to reporters, the coastal community of Bella Bella—which lies between Vancouver Island and Haida Gwaii—was on day twenty-five of a struggle to contain a diesel spill from a tugboat, the Nathan E Stewart, that ran aground off shore.

For nearly a month, British Columbians had been exposed to images of a futile north coast clean up delayed and exacerbated by foul weather and an even worse emergency response. So a practical question was dawning as Trudeau chatted up tanker safety: if containing a small diesel spill from a tug boat was this much trouble, what difference would new investments in “world class” safety mean if a 245-metre-long tanker holding nearly three quarters of a million barrels of oil, the type of ship Kinder Morgan’s marine terminal is designed for, got into serious trouble on the coast?