The Death of Coral Reefs Could Lead To Million Dying 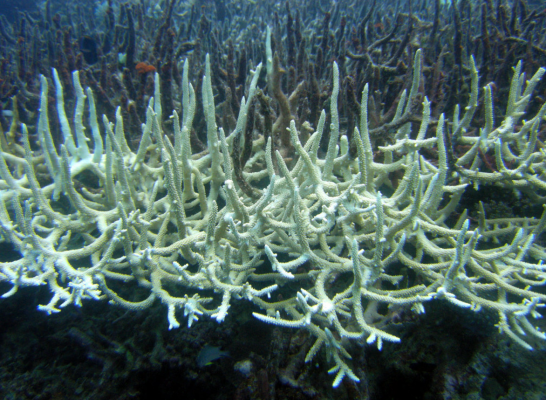 Coral reefs around the globe already are facing unprecedented damage because of warmer and more acidic oceans. It’s hardly a problem affecting just the marine life that depends on them or deep-sea divers who visit them.

If carbon dioxide emissions continue to fuel the planet’s rising temperature, the widespread loss of coral reefs by 2050 could have devastating consequences for tens of millions of people, according to new research published Wednesday in the scientific journal PLOS.

To better understand where those losses would hit hardest, an international group of researchers mapped places where people most need reefs for their livelihoods, particularly for fishing and tourism, as well as for shoreline protection. The researchers combined those maps with others showing where coral reefs are most under stress from warming seas and ocean acidification.

Countries in Southeast Asia such as Indonesia, Thailand and Philippines would bear the brunt of the damage, the scientists found. So would coastal communities in western Mexico and parts of Australia, Japan and Saudi Arabia. The problem would affect countries as massive as China and as small as the tiny island nation of Nauru in the South Pacific.

In many places, the loss of coral reefs would amount to an economic disaster, depriving fishermen of their main source of income, forcing people to find more expensive forms of protein and undermining the tourism industry.

“It means jobs for lots of people,” said Linwood Pendleton, the study’s lead author and an international chair at the European Institute of Marine Studies.

Earlier this spring, researchers discovered that parts of Florida’s coral reef tract — the largest reef in the continental United States and the third-largest barrier reef ecosystem in the world — are dissolving into the water, likely because of the effects of ocean acidification.

Meanwhile, reefs around the U.S. territory of Guam and other nearby islands, in what is known as the Marianas archipelago, have suffered from coral-bleaching events every year since 2013.

And there has been no sign of a break this summer. After a recent dive in Guam’s Tumon Bay, coral ecologist Laurie Raymundo took to Facebook to describe her shock at the devastation.

“I consider myself to be fairly objective and logical about science,” wrote Raymundo, of the University of Guam. “But sometimes that approach fails me. Today, for the first time in the 50 years I’ve been in the water, I cried for an hour, right into my mask, as I witnessed the extent to which our lovely Tumon Bay corals were bleaching and dying.”