Posted by GreenDog on Wednesday, 08 February 2017 in Environmental Heroes 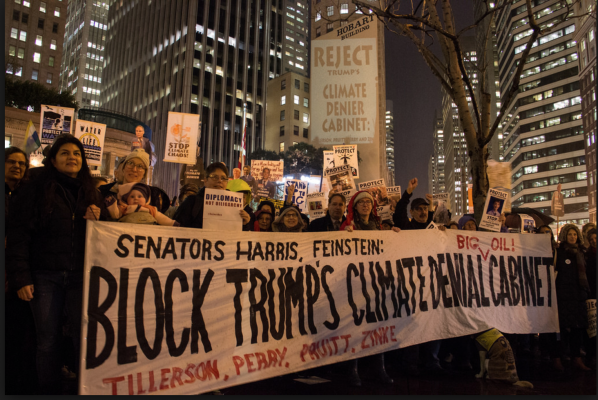 In a letter sent to the Senate on Monday morning, 447 former Environmental Protection Agency officials signed their names to a statement urging the rejection of Trump’s pick to head the agency, former Oklahoma Attorney General Scott Pruitt, whose nomination is set to come up for a vote this week. The full letter is published below.

The letter, coordinated by the Environmental Integrity Project, a nonprofit founded by former EPA officials in 2002, was addressed to Senate Majority Leader Mitch McConnell and the U.S. Senate. It was sent to all senators.

The objections to Pruitt will be familiar to those who have been tracking the furor surrounding his nomination and subsequent confirmation hearings. As Oklahoma attorney general, Pruitt shut down his office’s Environmental Protection Unit and launched several lawsuits aimed at overturning a number of EPA regulations.

Last week, Democrats on the Senate Environment and Public Works Committee staged a boycott to try to prevent a committee vote on Pruitt. They said they had strong objections to his environmental record and thought he had failed to provide adequate responses to committee questions. Committee rules state that at least two members of the minority party must be present for a quorum, but with the Democrats boycotting, Chairman John Barrasso, R-Wyo., suspended that rule, allowing Pruitt to pass the committee with votes from its 11 Republican members.* This moves Pruitt’s confirmation along to the full Senate, though that vote has not yet been scheduled.

The letter reiterates many of the complaints made by the Democrats on the committee. “Pruitt’s record and public statements strongly suggest that he does not agree with the underlying principles of our environmental laws,” the letter states. “Pruitt has shown no interest in enforcing environmental laws, a critically important function for EPA.”

The letter’s signatories include former staffers from nearly every level of the EPA hierarchy, from regional administrators to engineers, scientists, researchers, and attorneys, 90 percent of whom were long-term career employees, not political appointees. Many EPA career employees see their work as nonpartisan, essential, and widely beneficial to the country. The letter, which bills itself as being “not partisan” remarks that many of the former employees signed on worked under both Democratic and Republican administrations. At its heart, the letter takes issue with Pruitt’s seeming tendency to disregard both science and public health in favor of industrial interests.

The letter comes the same day as a report from Fusion that suggests Pruitt lied under oath during his confirmation hearing.