Posted by jonehopp on Monday, 03 July 2017 in Climate Change 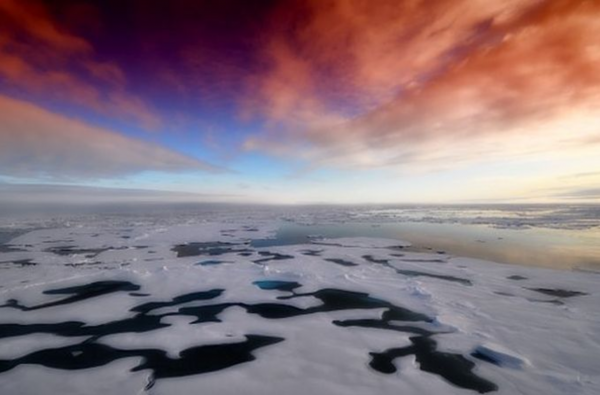 This story originally appeared on Newsweek and is part of the Climate Desk collaboration.

The Canadian research icebreaker CCGS Amundsen, an Arctic expedition vessel, will not be venturing north for its planned trip this year. The highly anticipated voyage aimed to monitor and understand the effects of climate change on Arctic marine and coastal ecosystems. But due to warming temperatures, Arctic sea ice is unexpectedly in motion, making the trip far too dangerous for the Amundsen and the scientists it would be carrying. In other words, the climate change study has been rendered unsafe by climate change.

The project, known as the Hudson Bay System Study (BaySys), involves 40 scientists from five Canadian universities and was supported by $15 million over four years. A partnership between the scientists, led by the University of Manitoba, and the Canadian Coast Guard has been facilitating such climate change studies for nearly 15 years. The Amundsen is equipped with 65 scientific systems, 22 onboard and portable laboratories and a plethora of instruments that have been allowing researchers to study sediment, ocean ecosystems from just below the ice to just above the seafloor, the ice, the snow and the atmosphere.

The planned 2017 expedition was scheduled to depart six days early due to severe ice conditions in the Strait of Bell Isle, along the northeast coast of Newfoundland. The team was to carry out crucial operations in that area before starting their scientific program.

But the researchers, led by David Barber, expedition chief scientist and BaySys scientific lead, soon realized the trip was impossible. A southward motion of hazardous Arctic sea ice would prevent the Amundsen from reaching its destination in time to conduct the planned studies.

Barber said the severe ice conditions in the area are the result of climate change. Warming temperatures have reduced both the extent and thickness of the ice and increased its mobility. “Ice conditions are likely to become more variable, and severe conditions such as these will occur more often,” Barber said in a statement.

“Considering the severe ice conditions and the increasing demand for search-and-rescue operations and ice escort, we decided to cancel the BaySys mission,” said Barber.

Other portions of the 2017 Amundsen expedition will continue. Specifically, a planned oceanographic study and a Nunavik Inuit Health Survey are on schedule. The team also hopes to resume the BaySys program in 2018.

“The research of our scientists clearly indicate that climate change is not something that is going to happen in the future—it is already here,” a University of Manitoba statement announcing the cancelation stated.