Posted by shasam on Thursday, 24 August 2017 in Human Health

EPA to make deep cuts in the Florida 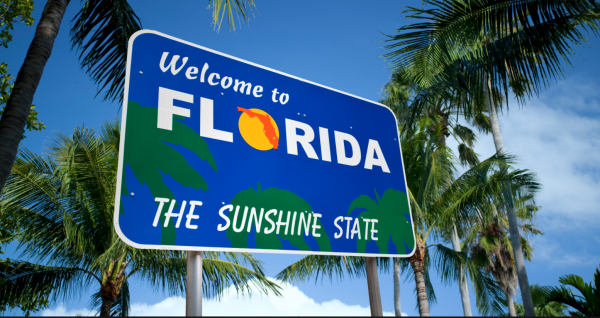 Delayed cleanups of toxic waste sites. The elimination of programs that test water quality off beaches and in the Everglades. Deep cuts in programs that monitor air quality in the Sunshine State.

A new report from the Environmental Defense Fund lays out how the Trump administration's 30 percent cut to the Environmental Protection Agency as part of the Fiscal Year 2018 proposed budget would affect the nation's third most-populous state by reducing — and in some cases zeroing out — federal aid for a myriad of water, air and land protection efforts.

"We're facing a real tipping point in terms of whether or not this kind of support will continue to be available to the state of Florida and to its counties," Elgie Holstein, senior director of the Environmental Defense Fund, told reporters Tuesday. "These public health (programs) on which the state has so long relied are now in severe jeopardy."

From 2012 to 2016, the EPA has provided approximately $600 million to state, local, institutional and tribal organizations in Florida for programs that help pay for air monitoring, water testing and cleanup of leaking underground fuel tanks.

The state Department of Environmental Protection has received the lion's share ($515.6 million), but dozens of EPA grants have gone to smaller organizations with the aim of improving public health and the environment.

Among the EPA programs cited in the report, "State of Risk: Florida," are:

» Superfund: EPA is proposing a 30 percent cut in the program. Florida has 54 active sites scattered around the state in varying stages of remediation.

It's difficult to know which sites would not get planned funding, but Trump administration officials say the process of cleaning up such toxic sites has have been mired in bureaucratic red tape that has contributed to delays and expense.

EPA Administrator Scott Pruitt has made streamlining the program and finding ways to speed up completion of sites a priority.

» Everglades: The Trump budget would abolish the South Florida Geographic Initiative, which tracks the health of the fabled River of Grass and the threat posed by phosphorous, mercury and other damaging nutrients seeping into the region.

» Estuaries: Funding for the National Estuary Program, which protects and restores vulnerable coastal watersheds, would disappear. Over the past five years, the EPA has provided $11.7 million to support estuary efforts statewide, including the troubled Indian River Lagoon.

"My constituents need the assurance that the EPA will continue to work with local agencies and utilities to confirm that potable water is safe for consumption. Let's not have another Michigan in Florida," she said, referring to the water contamination crisis in Flint that drew national headlines in 2015.

Florida GOP Gov. Rick Scott, a close ally of Trump, has not said much about the president's proposed budget cuts to the EPA.

Asked for a response to the Environmental Defense Fund report, Scott spokeswoman Kerri Wyland said her office had not reviewed Trump's specific proposal.

"But under Governor Scott’s leadership, the State of Florida has made record investments to protect our environment and ensure Florida families and visitors can enjoy our state’s many natural treasures," she said in a statement. "We will continue to work closely with our federal, state and local partners to ensure this work continues and we will review the federal budget once it passes."

Congress has already begun to push back.

The House Appropriations Committee has sent to the floor a bill that would fund Superfund at $1.1 billion, slightly higher than this year’s allotment. But the bill doesn't restore funding for the South Florida Geographic Initiative, which has received about $9 million over the past five years.

That would be not only ecologically devastating but also fiscally reckless.

The program "documents ecosystem responses to restoration projects, changes in the quality, quantity, timing and distribution of water throughout the system," he said. "If we lose these assessments, we lose our ability to track the health and restoration trajectory of the system and really the effectiveness of our dollars invested in restoration."