Posted by EarthDude on Sunday, 29 April 2012 in Sustainable Development

10 of Today’s Most Important Environmental Issues 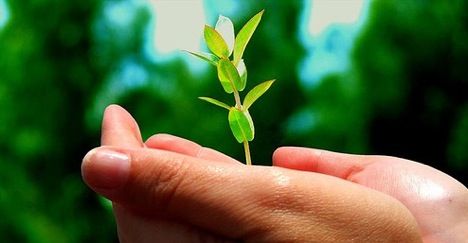 While this guide to important environmental issues is not comprehensive, if you’re new to green or simply want a refresher overview, this list neatly summarizes some of our most pressing environmental concerns … some of which cannot be solved simply via creative upcycling or small-space living.

Global warming has been concerning scientists for decades, but Al Gore legitimized the crisis with his controversial film An Inconvenient Truth. From the melting polar ice caps to catastrophic weather and threatened ecosystems, not only is climate change real, scientists agree that humans are influencing climate change with our production of greenhouse gases (mainly stemming from carbon dioxide and methane). What can you do? How bad is it? Why do so many people still think climate change isn’t real? Is it real? These are just some of the issues worth exploring. The good news is that despite the urgency of the crisis, there are exciting technological developments as well as meaningful lifestyle changes you can make to help.

Clean energy vs. dirty energy. Renewable energy. Energy independence. Petroleum. Biofuels. Coal. ANWR and offshore drilling. Even Paris Hilton has something to say about energy. Energy is second only to climate change in significance, but the picture isn’t as clear as one might think. China is heavily criticized, but did you know the state of California is worse? Look for plenty of myth-busting and interesting news to come, as well as practical tips to reduce your own energy dependence. Though no single energy source is going to be the solution, positive developments toward a cleaner future are happening every single day.

With the immediate looming problems of climate change and energy, focus has shifted away from landfill waste, but this is a serious problem. The world has largely gotten accustomed to a throwaway lifestyle, but that’s neither healthy nor sustainable. Waterways are choked with trash and modernized nations ship their undesirable leftovers to the developing world. Fashion fashion, fast food, packaging and cheap electronics are just some of the problems. The amount of waste the industrialized world generates is shocking. Water bottles are the defining symbol of this critical issue. Fortunately, people are becoming aware of the consequences of “fast consumption” and there are many simple changes you can make in your own life to help significantly reduce landfill waste.

Pure Water is in short supply. Our global reserves of drinkable water are a fraction of 1% and 1 in 5 humans does not have access to potable (safe) water. Many people do not realize that strife has already broken out in some stressed regions. There are many potential solutions, some promising, others challenging. Desalinization is an energy-inefficient, expensive option. But there are many things you can do. (Hint: it starts with turning off the faucet when you brush.)

Biofuels have turned into a global controversy – the idea that people may causing the starvation of millions in order to fuel their SUVs is sickening. And yet that’s not the whole picture. For example, eating hamburgers has as much or more impact on the global food picture as the use of biofuels. And then there’s the whole issue of “food miles” – at first, local seemed logical, but the situation is more complex than that. It’s all about resources and efficiency. There are big questions: can we support the world without turning to vegetarianism? We know that the planet can’t afford the Western way of eating. It would take 5 earths to support that lifestyle! What about hunting – is that good for the environment? Look for more articles soon exploring the complicated world of food. Fortunately, there are a multitude of tasty diets that incorporate greener values, so it’s not necessary to adhere to veganism, for example.

This is directly tied to waste. It is well-known that the industrialized world simply consumes in a way that is not sustainable. And the developing world is rapidly imitating the model. Sustainability in the most compelling sense is about long-term solvency. The way we live now is borrowing against the future. Reducing consumption, and smart consumption, are both necessary – and there are many ways to go about doing this. Some methods are pure geek, some are high tech, and some are just common sense. And once you start exploring, you’ll see that it’s actually fun.

From desertification to polar ice melting to erosion and deforestation, existing land management choices are not serving the planet or its inhabitants very well. The 1990s saw some headway with forest management but the Bush administration’s various initiatives (most notoriously, “Healthy Forests”) have set back progress by decades. There is very little land left that is undeveloped, either with structures or roads. And there is virtually no land left that is not subject to light or noise pollution. The modern green movement believes that in order to create a sustainable future, people will need to return to the conservation spirit Americans were once famous for. That’s a value system that includes meaning, adventure, and self-sufficiency – no wonder so many people are getting inspired.

The good news is that some species have made a comeback. The bad news is that many more species are now under threat, including indicator species and evolutionarily unique species. (When an indicator species becomes threatened, endangered, or worse, extinct, this means an entire ecosystem faces collapse.) The consequences can have global impact. From the most unusual endangered animals to a complete list of indicator species for key ecosystems and how you can help, you’ll find plenty of fascinating information soon. (Be sure to bookmark this post and check back for updates and links.)

9. The Science of Public Health Issues

Our tomatoes have fish DNA? Killer bugs are on the loose? Superweeds are taking over corn fields? Wild animals are sprouting extra limbs? Autism is on the rise? WTF! What on earth (literally) is going on? From genetic manipulation and cloning to public health issues and food and drug contamination, get to know the new, strange, important and most interesting green issues related to genetic science, agribusiness, public health and more. What’s this about electromagnetic fields? Is all that exhaust on my commute killing me? Do cell phones really cause cancer? Will soy milk give me man boobs? How much of our groundwater is contaminated? Is smog getting worse or better? How much acid rain is there? Why can’t I drink out of streams? These are just some of the fascinating questions you can read about here in future posts. You can look forward to sane analysis that debunks myth and takes fear-mongering to task.

Did you guess the tenth issue? There are more issues, but those are the most critical green challenges. It will take a combination of technological developments and lifestyle changes to address these challenges successfully – and that begins with learning, which is perhaps the most important environmental challenge of all, rounding out the list at 10. Stay tuned for more!