Posted by amir on Wednesday, 04 April 2012 in Air Quality 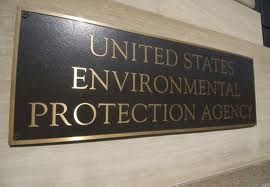 The Environmental Protection Agency issued a pronouncement in December 2009 to regulate greenhouse gas emissions. It claimed it was using the authority provided it from the Clean Air Act and the May 2007 U.S. Supreme Court ruling inMassachusetts v. EPA that "greenhouse gases in the atmosphere endanger both the public health and the environment for current and future generations."

It began to use this authority in January 2011. EPA claimed regulatory authority for motor vehicles and stationary sources of GHG emissions. It cited CAA's Section 202(a) and Part C, Title I.This led to a host of rulemakings by the EPA affecting virtually every energy source in America. The result has been a host of lawsuits by individuals, companies and nonprofit organizations against what has been described at various times a "power grab" or a "usurpation of authority."The past few months have seen the EPA criticized by the very same court which gave it the authority in 2007 -- and other courts as well. It has also been criticized by many lawmakers, some of whom were allies of the EPA. Numbered among EPA's critics are some free-market, public policy organizations such as the Competitive Enterprise Institute.Marlo Lewis is a Senior Fellow at the CEI where he writes on global warming issues. He served as staff director of the House Government Reform Subcommittee on National Economic Growth, Natural Resources, and Regulatory Affairs when it held the first hearing on EPA's authority to regulate greenhouse gases in October 1999.Like many others, Lewis believes the EPA is exceeding its authority -- and the root cause stems fromMass. v. EPA."The main part was how the majority read the definition of air pollutant," he said. "What the court did was decouple the definition of air pollutant from its plain English meaning. Basically the court disregarded a key term in the first sentence and the entire of Section 302 G of the Clean Air Act."Mass. v EPA is a classic case of results-oriented jurisprudence. Certain Justices wanted to reach a certain conclusion and tortured the definition of air pollution to do it."Lewis took note of the fact that although the Court argued in Mass. v. EPA that the EPA has the authority to regulate greenhouse gases Congress has continually declined to give it the explicit authority to do so.He observed that he found Justice Antonin Scalia's comments in his dissent in Massachusetts v. EPApersuasive. He mentioned that Scalia said:* "Unlike other statutes, the Clean Air Act does not say that EPA must render a judgment when a rulemaking petition is filed."* "The statute is silent as to the reasons for which EPA may defer making a judgment."* "The majority says EPA may defer making a judgment if the scientific uncertainty is too profound - that is precisely what EPA said, based on uncertainties discussed in the NRC report."Scalia wrote in his dissenting opinion that "... the Court gives EPA the option of determining that the science is too uncertain to allow it to form a 'judgment' as to whether greenhouse gases endanger public welfare. ... EPA has said precisely that -- and at great length, based on information contained in a 2001 report by the National Research Council entitled Climate Change Science: An Analysis of Some Key Questions."Scalia noted that the NRC said the understanding of climate change and the "relationships between weather/climate and human health is in its infancy and therefore the health consequences of climate change are poorly understood." The NRC said that "substantial scientific uncertainties limit our ability to assess each of these factors and to separate out those changes resulting from natural variability from those that are directly the result of increases in anthropogenic GHG's."Scalia is not commenting on the correctness of the science," said Lewis. "Scalia neither affirmed nor denied the correctness of the NRC statements. ... He was simply saying, look, you guys (the majority) assert EPA may decline to make an endangerment determination only if EPA concludes the scientific uncertainties are too profound; that's what EPA did ..."Unless EPA's use of the NRC report was arbitrary and capricious (not argued by petitioners and not asserted by the majority), EPA ... is entitled to draw that conclusion from the NRC report ..."Finally Lewis said Scalia's summarized the problem well writing, "The Court's alarm over global warming may or may not be justified, but it ought not distort the outcome of this litigation. ... No matter how important the underlying policy issues at stake, this Court has no business substituting its own desired outcome for the reasoned judgment of the responsible agency."Jonathan Adler is not a fan of the opinion of Mass. v. EPA - nor of Scalia's dissent. He authored an amicus brief in the case that the CAA did not apply to GHG's."The Court adopted a fairly unsophisticated view of the statute. A lot of the trouble the EPA is having now in regulating GHG's is evidence of the fact that the CAA does not apply," he said. "The EPA is currently in court in the D.C. Circuit asking to alter the CAA to apply it contrary to as it is written."The universe of regulated facilities is too large for the EPA. This is contrary to Mass. v. EPA which said that regulating GHG's would not be a problem." He believes it is irrelevant whether GHG's emissions are the source of global warming. The way the CAA is written, he said, the EPA does not have to prove that climate change is the reason. The EPA only has to show there is reasonable cause to believe it is.Adler thinks the CAA was structured to address local pollution. This is not what Mass v. EPAauthorized, he says, noting that it declared GHG's pollutants. And once that determination was made, he said EPA enforcement was mandatory.