Posted by GreenDog on Thursday, 14 October 2021 in Wind
Featured 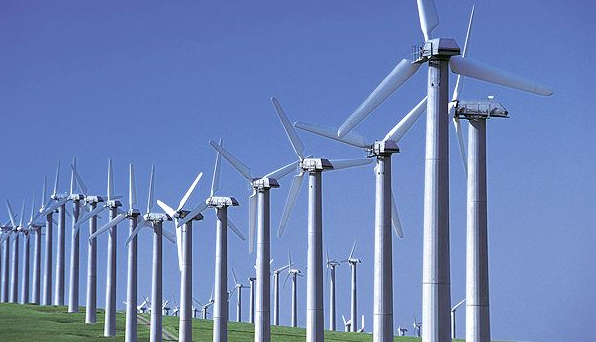 WASHINGTON » The Biden administration on Wednesday announced a plan to develop larges cale wind farms along nearly the entire coastline of the United States, the first long-term strategy from the government to produce electricity from offshore turbines. Speaking at a wind power industry conference in Boston, Interior Secretary Deb Haaland said her agency will begin to identify and demarcate and hopes eventually to lease federal waters in the Gulf of Mexico, Gulf of Maine, and off the coasts of the mid-Atlantic states, North Carolina and South Carolina, California and Oregon, to wind power developers by 2025.

The announcement came months after the Biden administration approved the nation’s first commercial offshore wind farm off the coast of Martha’s Vineyard in Massachusetts and began reviewing a dozen other potential offshore wind projects along the East Coast. On the West Coast, the administration has approved opening up two areas off the shores of central and Northern California for commercial wind power development.

Taken together, the actions represent the most forceful push ever by the federal government to promote offshore wind development.

“The Interior Department is laying out an ambitious road map as we advance the administration’s plans to confront climate change, create good-paying jobs and accelerate the nation’s transition to a cleaner energy future,” Haaland said. “This timetable provides two crucial ingredients for success: increased certainty and transparency. Together, we will meet our clean energy goals while addressing the needs of other ocean users and potentially impacted communities.”

President Joe Biden has pledged to cut the nation’s fossil fuel emissions 50% from 2005 levels by 2030 by designing policies to promote the use of electric vehicles and clean energy such as wind and solar power. In particular, the administration has pledged to build 30,000 megawatts of offshore wind in the United States by 2030.

Biden has sought to unite his Cabinet in finding ways to promote renewable energy and cut carbon dioxide under what he has called an “all of government” approach to tackling climate. Experts said the Interior Department’s move represents a major such step.