Posted by plantitfilm on Friday, 04 November 2011 in Climate Change

What's An Environmental Activist To Do? 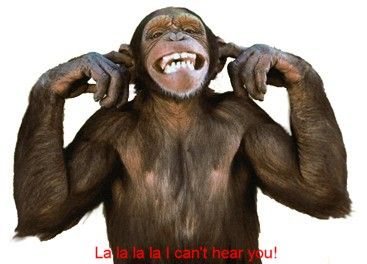 It's been more than 40 years since the first Earth Day and the founding of the modern environmental movement -- an awakening to the notion that human beings can, and do, have a profound impact on the planet. If Republicans in Congress and on the presidential campaign trail have their way, the nation would be put right back to sleep.

But Kathleen Rogers, president of the Earth Day Network, sees cause for hope in modern grassroots movements like Occupy Wall Street. Those protesters, she told The Huffington Post in a recent interview, are "challenging the status quo," not unlike those who fought for the tougher environmental and health protections that the nation now takes for granted. And she's hopeful that similar passions will encourage a new generation of activists to tackle the energy and climate challenges of today.

"That kind of spontaneity has been lacking," she said.

It's not hard to see why.

Speaking at a campaign event Thursday, Republican presidential candidate Mitt Romney was asked for his position on climate change. "My view is that we don't know what's causing climate change on this planet," he replied. "And the idea of spending trillions and trillions of dollars to try and reduce CO2 emissions is not the right course for us."

As pointed out by the blog Think Progress, this is a sharp reversal for Romney, who argued in June that greenhouse gases were a problem. "I don't speak for the scientific community, of course," Romney said at the time, "but I believe the world's getting warmer. I can't prove that, but I believe based on what I read that the world is getting warmer. And number two, I believe that humans contribute to that."

Flip-flopping on the issues is an unfortunate habit in American politics, and it's hard to find a clearer and more opportunistic reversal than this -- but then, who can blame him? Romney is only plugging into a zeitgeist of scientific rejectionism and anti-environment fervor that has come to typify Republican culture.

"The science on climate change and man's influence on it is far from settled," declared The Wall Street Journal in an editorial on Wednesday. Romney's fellow presidential candidates, Rick Perry and Michele Bachmann, have registered similar opinions on the matter.

Never mind that a study published last year in the Proceedings of the National Academy of Sciences reviewed the publication and citation data of 1,372 of the globe's most prolific climate researchers, finding that between 97 and 98 percent of those "most actively publishing in the field" supported the basic notion of anthropogenic climate change, or climate change propelled by humans.

Why, then, the persistent drum beat against the science? Money is an easy answer. The major industrial emitters of greenhouse gases have a vested interest in keeping doubt in the air and regulation at bay. An investigation by the Center for Public Integrity found, for example, that oil, gas and coal interests contributed some $15.5 million to congressional Republicans in 2009 and 2010. Many of those Republicans are now spearheading an unprecedented assault on environmental and climate regulations, both existing and proposed.

Democrats took in some $3.7 million from fossil fuel interests themselves, and environmental groups have begun to wonder whether the party generally, and President Obama specifically, have become too weak-kneed to put issues like the climate back onto the national agenda.

"For those of us who have been working on this issue for so many years now -- and I am certainly not the only one in the room about whom this is true -- right now could be a very discouraging time indeed," said Eileen Claussen, President of the Pew Center on Global Climate Change, in a speech earlier this year. "President Obama did not even utter the words 'climate change' in his State of the Union address in January."

The environmental activist Bill McKibben, who is leading a campaign to block a controversial oil pipeline, has had similar complaints of late. "On the night he clinched the nomination [Obama] said that during his presidency 'the rise of the oceans will begin to slow and the planet begin to heal,'" McKibben wrote in an essay earlier this month. "Waiting for a messiah, we managed to convince ourselves we might have found one."

But, McKibben declared, "American enviros sensed he had no real intention of battling the oil companies early on."

Whether or not that's fair is an open question. "He seems to be weighing jobs versus environment, which I think is a ridiculous choice that he's set up," Rogers said. "He has, as president, invested in really good people. He has invested some really good money in renewable energy and other areas. Sometimes he says the right thing, sometimes he doesn't.

"Is he leading the country they way we want him to go as aggressively and progressively?" she added. "The answer is no."

The Wall Street Journal's climate denialism this week came amid a wider meditation on the approach of next month's United Nations 17th annual climate change conference in Durban, South Africa. With the sun now setting on the nearly 15-year-old Kyoto Protocol, which expires at the end of 2012, negotiators are hoping, among other things, to find consensus on a successor treaty.

The newspaper is correct in surmising that they won't likely find it. Major carbon-emitting countries, including the United States, which produces more greenhouse gases per capita than any nation, have already signaled that they will not agree to any new carbon-cutting measures. "We do not believe that conditions are ripe in Durban for a legally binding agreement," said Jonathan Pershing, the Obama administration's deputy special envoy for climate change, at a meeting in Panama earlier this month.

Not surprisingly, the U.S. has also failed to find agreement on any sort of energy or climate policy here at home. And now, even one of the bright spots -- a Department of Energy program designed to help jump start innovative clean-energy companies -- is mired in controversy after the colossal failure of one beneficiary of that program, the solar technology firm Solyndra.

"I have great faith that eventually, whether it's before 2012 or after 2012," she said, "there will be enough smart people reassessing where we are to say, 'We can't stay behind.'"