Posted by lillianbarbeito on Saturday, 29 October 2011 in General Environment 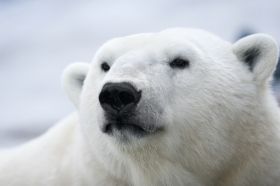 A Canadian senator has launched a campaign to replace the industrious beaver with the indomitable polar bear as Canada's national emblem, saying the incumbent is "a dentally defective rat."

Conservative Senator Nicole Eaton delivered her damning criticism in the Senate on Thursday, noting that the beavers wreak havoc on the dock at her waterfront cottage every summer.

"A country's symbols are not constant and can change over time," she said. "The polar bear, with its strength, courage, resourcefulness and dignity is perfect for the part."

The beaver became Canada's only official national animal in 1975. Trade in the beaver pelts, used to make fashionable fur hats, drove European expansion in North America in the 1600s and early 1700s.

Eaton said the ever-busy dambuilders are now nuisance, but avoided mentioning another gnawing problem with the emblem: In modern times, its name is slang for female genitals.

Last year The Beaver, one of Canada's oldest magazines, re-christened itself Canada's History, complaining that its emails and newsletters were being blocked by Internet filters.

The magazine said market research showed younger Canadians and women were not interested in buying the publication because of its name.

As for Eaton's proposed replacement, Keith Stewart, a climate change campaigner with Greenpeace Canada, was skeptical.

"You have a Conservative senator proposing to replace the beaver with the polar bear as the symbol of Canada, yet her government's climate policy would appear to do everything possible to wipe out polar bears by the end of the century," he said.

Stewart said the debate was a distraction.

Eaton went out of her way to praise the country's treatment of polar bears.