Posted by EarthDude on Sunday, 21 August 2011 in Animals

Due to global warming, plant and animal species are shifting their natural habitats towards the north at a faster rate, reveals a survey of over 2,000 species. 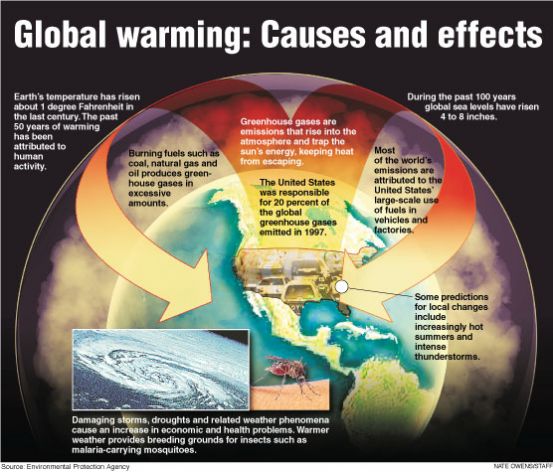 The survey, a four-decade-long analysis of various species across Europe, North and South America and Malaysia, revealed that organisms that experience the greatest change in temperatures move the fastest.

"These changes are equivalent to animals and plants shifting away from the equator at around 20cm per hour, for every hour of the day, for every day of the year. This has been going on for the last 40 years and is set to continue for at least the rest of the century," said Professor Chris Thomas senior author on the paper and a professor of conservation biology at the University of York in the United Kingdom.

Scientists have found that the rate of movement is greater in the regions that have experienced the most warming. Explaining the "movement of species", Thomas said it's not that plants and animals are walking towards the north. It's the breeding of individuals at a species' northernmost range that is thriving, compared to the same species' southernmost range.

"We were able to calculate how far species might have been expected to move so that the temperatures they experience today are the same as the ones they used to experience, before global warming kicked in. Remarkably, species have on average moved towards the poles as rapidly as expected," stated co-author Dr Ralf Ohlemüller, from Durham University.

There are many underlying implications of this study related to global warming and species extinction.

"Realization of how fast species are moving because of climate change indicates that many species may indeed be heading rapidly towards extinction, where climatic conditions are deteriorating. On the other hand, other species are moving to new areas where the climate has become suitable; so there will be some winners as well as many losers," said Thomas.

Jeremy Kerr, a professor of biology at the University of Ottawa in Canada studied a species called bog copper, a "beautiful little butterfly that appears to practically be on an expressway to the North Pole." Kerr found that in the past decade, it has moved more than 90 miles north, USA Today reported.

In the last two decade, the British comma butterfly has also moved 220km northward from central England to southern Scotland.

Another fast moving species is the British spider silometopus. In 25 years, it has moved its home range more than 200 miles north at an average rate of eight miles per year, Thomas said.