Polluters Should Pay but Can We Make Them? 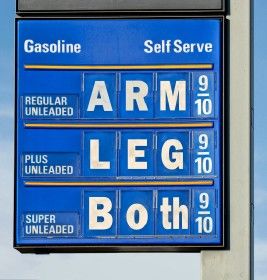 Shell’s oil spill in the North Sea this week is the worst in a decade, but compensation for any environmental damage could be in short supply says Susie Wilks from ClientEarth

What is the difference between a sea bird dying because its feathers are coated in crude oil, and a sea bird starving to death because its food source has been destroyed by chemical dispersants used to break up an oil slick? To the bird, not a lot. To a conservation organisation or local authority trying to recover the costs of restoring ecosystems and animal populations, the difference could be everything.

In September last year, the Ecologist published an article on the toxic effects of dispersants used to tackle the Gulf of Mexico oil spill. The article recounted the chain of events which led to the decimation of bird populations after the Exxon Valdez spill of 1989 when dispersants killed native coastal vegetation. This was replaced by invasive plant species that couldn’t withstand the tough Alaskan weather conditions and died, leaving sea birds to starve. It is a tragic example of what lawyers call 'indirect loss'.

Liability for environmental damage presents unique problems. Firstly, the environment is not owned by anybody in particular, it is a 'public good' which doesn’t obviously lend itself to economic valuation.

Secondly, as the Alaskan example shows, chains of causation in environmental liability can be long and convoluted, with pollution events leading ultimately to complex ecological outcomes. Traditional legal approaches to valuation and causation struggle to cope with the unpredictability and long timescales which are a feature of environmental damage. Nevertheless, the question remains: who should pay to repair that damage?

European law appears crystal clear - the polluter should pay. The principle of 'polluter pays' is enshrined in the EU Treaty. In 2004, the Environmental Liability Directive was enacted to put this principle into practical effect. It creates a system of 'strict liability' for operators of certain high-risk industrial activities, including offshore hydrocarbon drilling - meaning they are automatically liable to pay the unlimited costs of remediating environmental damage, regardless of whether they have been negligent in some way.

This week’s oil spill in the North Sea – the biggest in a decade – reminds us of the potential for environmental disaster on UK coastlines. It’s an appropriate time to look at our incomplete solutions to liability and compensation in the context of oil spills.

The Environmental Liability Directive was heavily negotiated and watered down from its original concept into a restricted form. It only responds when damage is done to habitats, plant and animal species that are already legally protected (a limited list on which marine wildlife is underrepresented), and offers no cover at all for cleaning up the marine waters themselves. For biodiversity, liability under this law is only triggered when damage is considered 'significant' in relation to specific conservation objectives. It may be too easy to claim in court that the loss of one site or population is 'insignificant' and does not require action.

On the UK continental shelf (the seas in which the UK claims mineral rights), the oil industry has its own response. Following the failure of governments in the 1970s to negotiate an international treaty on oil rig pollution, the industry created a scheme accepting strict liability for some kinds of pollution damage.

However, the scheme is voluntary and has a ceiling of US$250 million. It is flawed not only because the ceiling could well be too low, but also because the oil company responsible for causing the pollution acts as its own investigator and judge in determining the payment of claims. Crucially, any claim under this system must be made within one year - a short time for all the environmental costs to come to light.

We could turn for inspiration to the US, where the Oil Pollution Act 1990 has created a much more comprehensive system. It establishes a clear framework for clean-up action by the government following a spill, and set up a trust fund which will pay out US$ 1 billion in cases where the responsible company cannot pay. No such financial security mechanism is in place for EU drilling. Of course, the existence of a tough liability framework did not stop the Deepwater Horizon accident from happening. Offshore drilling also needs a strong and independent system of preventive safety standards - on this front the UK has come a long way since the disaster at the Piper Alpha oil platform. But prevention and consequence are two sides of the same coin, and after the mammoth costs of Deepwater Horizon, oil companies should be operating in the knowledge that any damage caused by their increasingly risky operations must be paid for in full.
Susie Wilks is Biodiversity lawyer at ClientEarth