An oil spill from a platform off Scotland in the North Sea is the biggest in the region in a decade, the British government said Monday as energy giant Shell battled to close off the leak completely. 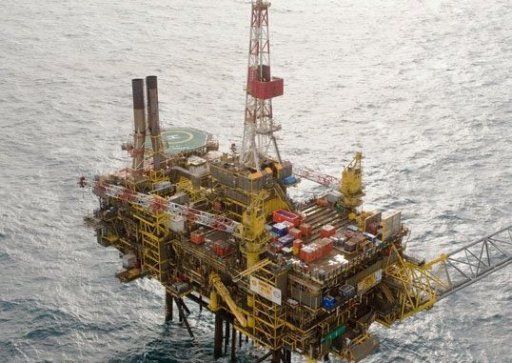 The spill from the Gannet Alpha platform, 112 miles (180 kilometres) east of Aberdeen, likely amounts to more than 100 tonnes, said a spokesman for Britain's Department of Energy and Climate Change, said a report on Sunday.

Anglo-Dutch oil giant Shell, which runs the platform, has got the leak under control and is working to "completely halt any further leakage," the spokesman said. The subsea well was shut on Wednesday.

"Although small in comparison to the Macondo, Gulf of Mexico, incident, in the context of the UK continental shelf the spill is substantial," the DECC spokesman said.However, "it is not anticipated that oil will reach the shore and indeed it is expected that it will be dispersed naturally."

"The UK continental shelf oil spill record is strong, which is why it is disappointing that this spill has happened," spokesman added. "We take any spill very seriously and we will be investigating the causes of the spill and learning any lessons from the response to it." Britain's coastguards are making twice-daily flights to monitor the situation.