BP Gets Back to Gulf of Mexico 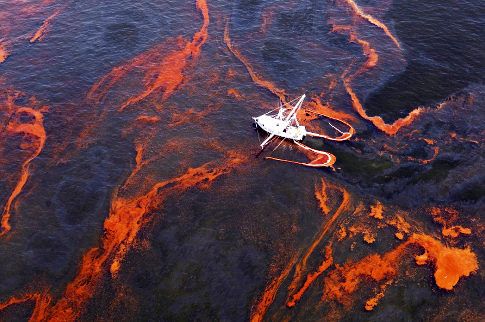 NEW ORLEANS, Oct. 24 (UPI) -- U.S. regulators said a supplemental exploration plan was approved for BP's work in the Gulf of Mexico, its first since the Deepwater Horizon accident in 2010.

An explosion on the Deepwater Horizon oil rig in April 2010 led to one of the world's worst oil spills and led to the closure of gulf exploration for most of the year.

The approval marks a first for BP since the 2010 oil disaster in the gulf. BOEM Director Tommy Beaudreau said the agency verified that BP was in compliance with regulations for deep-water activity.

"BOEM is dedicated to ensuring that the development of the nation's energy resources is conducted in a safe and environmentally responsible manner," he said in a statement.

Before drilling, the company needs to get drilling permits from the U.S. Bureau of Safety and Environmental Enforcement. The BOEM didn't offer a timeline for that development.

The wells are about 192 miles off the Louisiana coast in waters about 6,000 feet deep. The BOEM approval for BP is the 44th such plan approved since June 2010.