Posted by ep-admin on Saturday, 12 February 2011 in Agriculture

Coastline of Namibia is Now Designated a National Park 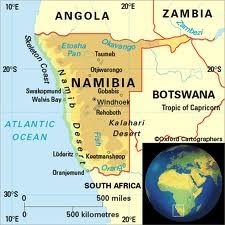 It stretches for 976 miles (1,570km), from the Kunene River, at the northern border with Angola, to the Orange River, on the border with South Africa, and is expected to be promoted as a unified destination. The protected coastline consolidates three national parks: Skeleton Coast, Namib-Naukluft and Sperrgebiet. The last is the site of Namibia’s diamond mines, which have long been closed to the public.

The national park does not stop at the national borders – at the southern end it connects with South Africa’s Richetersveld National Park, while in the north it is linked to Angola’s Iona National Park. Some coastal roads are good, particularly in Dorob National Park, but there is no pan-Namibian highway.

Historically, Namibia has been a trailblazer in using tourism to fund conservation, and has encouraged tribal communities to set up conservation areas, which they manage sustainably in order to keep poaching at bay and to attract tourism. “The aim of the new park is to rein in environmentally damaging activities and encourage tourism,” said Chris McIntyre, MD of the travel company Expert Africa.

Namibia is the driest country in southern Africa and its national parks are desert and savannah. In the desert wilderness of the Skeleton Coast, wildlife includes hyenas and abundant birds. Black rhino and desert elephants follow the area’s water courses, while small prides of lions have recently returned. Other highlights include African penguins and a vast colony of Cape fur seals.