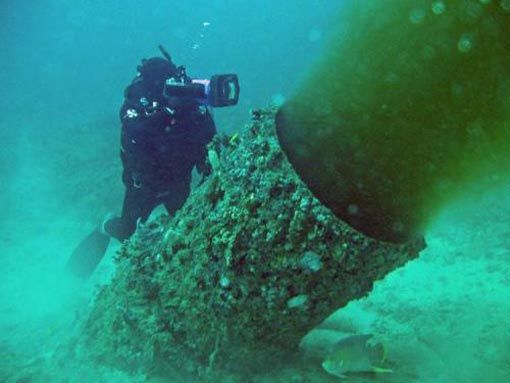 Atmospheric and riverine pollution off the coasts of Korea and Japan that is changing the ratio of nitrate to phosphorus has researchers saying they're concerned about ecological effects.

"Normally in a marine environment nitrate is the limiting factor, but increased nitrate in the ocean can spur growth and create a situation where phosphorus becomes the nutrient in short supply," Raymond G. Najjar, Penn State professor of oceanography, said.

"This change in nutrients could favor organisms that are better suited for high nitrate and low phosphorus."

The effects of man-made nitrate pollution have been shown to be significant in local lakes, streams and estuaries in Norway, Sweden and the United States, researchers said, but this is the first study of such effects in open ocean waters.

"This is the first evidence of increases in nitrate in ocean waters, not in an enclosed estuary like the Chesapeake Bay," Najjar said. "These are large, very deep bodies of water and it is surprising to see increased nitrate in these large seas."

A significant source of nitrate in the oceans is from runoff from industry and agriculture that reaches the seas via rivers, researchers said.

The area studied included the Yellow Sea, the Sea of Japan and the East China Sea, a Penn State release said Thursday.