Posted by plantitfilm on Wednesday, 19 January 2011 in Oil Spill

How The National Commision Let BP Get Away? 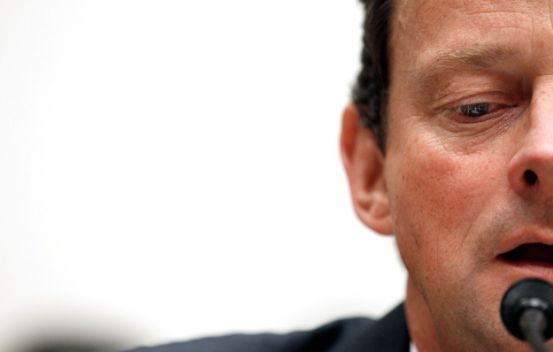 What failures of the BP board of directors and its senior management led to the explosion of the Deepwater Horizon rig in the Gulf of Mexico?

Although the recent report of the National Commission on the catastrophe (http://www.oilspillcommission.gov/) purports to provide "thorough analysis and impartial judgment" on the "causes" of the explosion and "the lessons learned," one can read the 306 page report and the supporting staff papers and find barely a word — much less an assessment — about the board and senior management's role in the multiple failures of prevention, response and recovery.

Although the National Commission report emphasizes the importance of corporate safety culture and safety management "from the highest levels on down" as a necessary complement to regulatory reform, it never looks at the overall global organization of BP and never evaluates what board and business leaders did and did not do in furtherance of those goals.

Instead, the Commission's focus in the report is on the immediate causes of the explosion and on the individual and collective failures of BP (owner), Transocean (rig operator) and Haliburton (construction services) to assess and mitigate immediate risks — and to have effective crisis response plans. (It was not able to assess the failure of Cameron's blow-out preventer.) From analysis of close-to-the-accident problems — why hydrocarbons penetrated the well; why people failed to see that; and why actions weren't taken to prevent the explosion — the report reaches sweeping conclusions: instead of a safety culture in the companies there was a "culture of complacency" that never subjected to risk assessments key design and operational decisions which led to less cost and to less time — and to the explosion.

Fine. But that conclusory language isn't very illuminating. We need a much broader and deeper understanding of the role of board and senior management in a large, complex corporation. BP and other companies in the oil and gas industry (as well as any corporation with potentially catastrophic operations) need to understand these larger governance and risk management lessons in meaningful detail in order to address complicated risk across far-flung global firms more effectively. Time is of the essence because many of the public policy recommendations of the National Commission may get hung up in the new Congress, or because the reorganized Department of Interior oversight (even without legislation) is still plagued by lack of funds and expertise.

The Commission needed to ask larger questions in detail about BP governance, assessing board and senior management actions against at least three benchmarks:

With the Commission's emphasis on understanding "root causes" in order to prescribe both public and private remedies for the future, it is thus striking that it failed so completely to look at broader BP leadership and organizational failures. Such an assessment would have provided a concrete stimulus across the industry to ensure clear board and senior management accountability and responsibility for high priority substantive issues (like deepwater drilling), for essential safety management processes and, ultimately, for creating a safety culture. Such a culture, which a board can measure, truly puts avoidance of accidents first and prevents imprudent cutting of corners due to cost, time, or other pressures. Such an assessment would have exposed in detail the failure of leadership to take ultimate responsibility for oversight and management of subcontractors across the company, not just on the Deepwater Horizon. It would have highlighted how governance failures, not just on the rig but at the highest levels, can lead to catastrophe.

Ironically, BP's new CEO acknowledged the need for just such a broad analysis. When he succeeded Tony Hayward, in September 2010, Bob Dudley said: "There are lessons for us relating to the way we operate, the way we organize our company and the way we manage risk."