Posted by bchristo on Wednesday, 31 August 2011 in Forestry 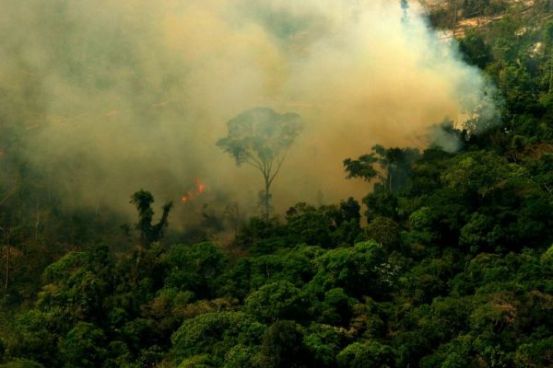 Brazil: Proposed changes to Brazil's forest laws that will cut back protection and offer wide ranging amnesties for illegal deforestation threaten to undo the country's impressive performances in cutting back emissions and protecting biodiversity.

"As it stands now, the forest law is a piece of legislation that looks to the future. It is the best possible legal framework for our adaptation to Climate Change through the conservation of ecosystems", the leader of WWF's Living Amazon Initiative, Claudio Maretti, told a recent seminar organized by NGO groups in Brasilia.

Over the last 10 years Brazil has set a highly positive example of conservation, not only by reducing the rate of deforestation in the Amazon but also by creating terrestrial protected areas, Maretti said.

In doing so, Brazil has legitimized its leadership of the group of developing countries at international meetings and assumed the right to raise with the developed world the question of fair sharing of costs and benefits in adapting to climate change and protecting biodiversity.

"The moment the forest law reform bill is approved, Brazil will lose that role" Maretti said. "The country will lose its power of influence over other countries and that will generate considerable impacts, especially on Brazil's neighbours for whom Brazil has been setting a good example."