Posted by henryfool on Tuesday, 07 June 2011 in Sustainable Development

California Is on Track to Ban Styrofoam Statewide

Styrofoam may seem fleeting. We use it to eat a quick take-out meal, then throw it away. But the stuff is damn near everlasting. When littered, it's carried from the streets to the storm drains to the ocean, making it the second most common type of beach debris in California, according to the Southern California Coastal Water Quality Research Project. 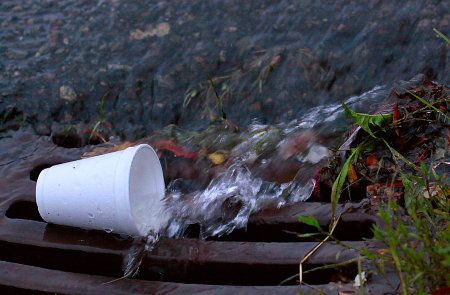 But now the state might be the first to ban Styrofoam outright. A bill that cleared the California Senate last week, SB 568, would prohibit food vendors and restaurants from dispensing food in Styrofoam beginning in January of 2014. The bill passed on a bipartisan 21-15 vote. It heads to the Assembly this month and will face a vote by the end of August.

San Francisco banned Styrofoam in 2007 and many smaller jurisdictions already have similar laws, but this would be the first statewide ban in the nation. What will we use instead? Maybe disposable containers made of fungi.