Posted by plantitfilm on Tuesday, 05 April 2011 in Wind 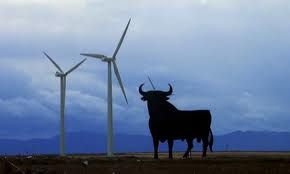 “As parks spun their blades, the country saved €250m by lowering its oil-import bill. It also saved 1.7m tonnes of CO2," according to Spain's Wind Industry Association AEE.

Altogether, clean energy met 42.2% of electricity demand though this was down from 48.5 percent against March 2010.

"This historic milestone reached by wind energy shows that this energy source, as well as being indigenous, clean and increasingly competitive, is also capable of supplying power to three million Spanish households," AEE president Jose Donoso said in a statement.