Posted by ep-admin on Tuesday, 08 September 2009 in Solar

Chinese solar plant expected to be the biggest

Field of panels would eventually be slightly larger than Manhattan 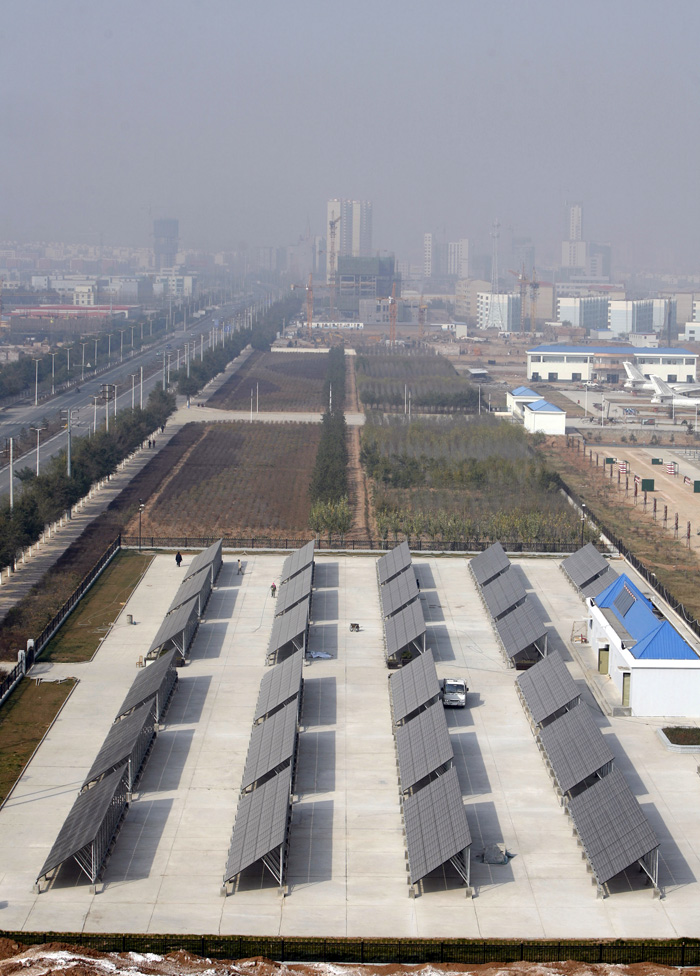 First Solar Inc. said Tuesday it has received initial approval from the Chinese government to build what may become the largest solar field in the world. First Solar, which makes more solar cells than any other company, said it struck a tentative 10-year deal to build in China's vast desert north of the Great Wall. The project would eventually blanket 25 square miles of Inner Mongolia — slightly larger than the size of Manhattan — with a sea of black, light-absorbing glass.

The solar field would dwarf anything in operation in the U.S. or Europe. At 2 gigawatts, or 2 billion watts, the solar plant could pump as much energy onto China's grid as two coal-fired plants, enough to light up three million homes. Like most solar plants, however, it wouldn't produce electricity at night.

"The potential is enormous" for projects like this in China, CEO Mike Ahearn told The Associated Press before the announcement. "The Chinese government is further along in its thinking about solar than we've imagined."

Ahearn said it would be nearly impossible to install a solar field of this size in the United States. There's plenty of land, but there's not enough near transmission lines, Ahearn said. And efforts to build new power lines are regularly stymied by competing interests from government agencies, environmental groups and disgruntled residents. "In the U.S., energy policy is made on the state level," Ahearn said. "Every state has a different approach."

In contrast, Ahearn said China has designated a region within the country for renewable energy production and transmission. It also has promised to guide First Solar through the approval process and make it profitable.

Tempe, Ariz.-based First Solar announced the deal Tuesday after signing a "memorandum of understanding" with Wu Bangguo, chairman of the Standing Committee of the Chinese National People's Congress. 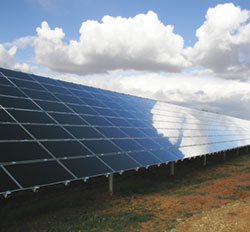 The agreement outlines broad aspects of the project, including deadlines for a feasibility study and the government's role in helping with construction permits. But Ahearn said much of the deal hasn't been worked out yet, including how much First Solar would get paid.

Ahearn said a system like this would cost $5 billion to $6 billion if it were built in the U.S., though it likely would be cheaper using lower-cost Chinese labor.

First Solar plans to make money by selling the plant to a local operator, but it won't be able to estimate its profit until China determines the size of its subsidy for solar energy. The country is expected to offer a "feed-in tariff," which would require utilities to buy solar energy at a fixed price for a set number of years.

Industry experts say they're not sure when that will happen. "We've been kind of in a holding pattern for six months or so," Mark Bachman, an analyst with PacificCrest, said. 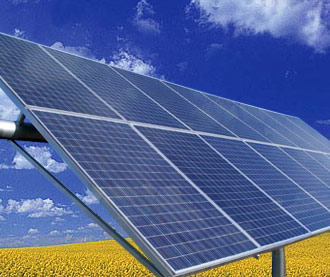 Bachman said announcements of smaller solar farms have been popping up "all over the place" in China. But investors so far have been unimpressed because of the uncertainty surrounding its subsidy program.

First Solar will see added expenses as it builds in China, but Piper Jaffray analyst Jesse Pichel said those costs likely will be offset by government subsidies.

"This is a huge benefit for them, absolutely," Pichel said.

For several years, solar panels have been rapidly spreading around the world as an alternative power source, appearing on rooftops of homes and businesses in most major countries. The solar industry has focused on a handful of European countries that offer the best incentives, but companies are starting to look elsewhere for longer-term projects that can keep their factories occupied for several years.

Ahearn said First Solar spent the past few months searching for partners in China, culminating with its 2-gigawatt deal in Inner Mongolia. Like the U.S., China has taken aggressive steps to move away from fossil fuels. It located the First Solar plant in Ordos, a gritty industrial city of 1.4 million people that is the main production base for China's largest coal company.

The project hasn't been given an exact location yet, but the agreement said it will be located within a massive development zone that is expected to eventually offer nearly 12 gigawatts of renewable energy from wind, solar, biomass and hydroelectric power. First Solar will provide most of the solar, with the first 30 megawatts installed by June 1, 2010. The company will expand the plant over the next decade, installing about 27 million thin-film panels by 2019. 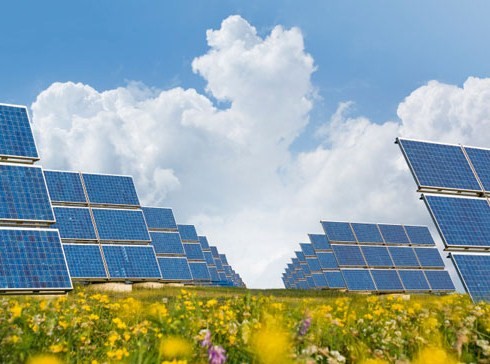 Li Rong, director of the new energy department of the Ordos city government, said First Solar's project still faces a number of hurdles, including acceptance by the government's National Development and Reform Commission.

"It's hard to guarantee when exactly it will start or finish as the project hasn't been approved," Rong told the AP. First Solar said the Ordos project will be the largest solar farm ever. But there are other projects that may provide stiff competition for that distinction.

The Clinton Climate Initiative said it is working with the Energy Resources Institute in India on a possible solar development that would be even larger. The project could install two solar farms — one in Gujarat and one in Rajasthan — that are larger than First Solar's. But CCI officials said the project is in an extremely early stage and most details haven't been worked out yet.

BrightSource Energy is developing one of the largest U.S.-based solar projects. The Oakland, Calif. company has power-purchase agreements with two California utilities to build 14 solar plants with a combined capacity of 2.6 gigawatts. BrightSource may spread the plants across California, Nevada and Arizona.

First Solar also is building solar farms in California and New Mexico, but Ahearn said he expects Asia to be home to the biggest solar plants for some time. "There's an advantage to planning this from the top," Ahearn said. "The speed and execution advantage is in China."