Posted by Angel on Thursday, 15 November 2012 in Sustainable Development 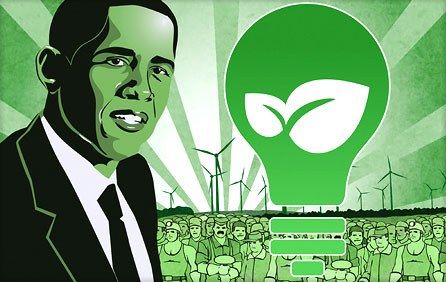 Can a community like the South Bronx, which  suffers from  high unemployment, underinvestment and so-called environmental injustice, fit into the green economy? In 2010 a union-backed training initiative took on the question, enrolling unemployed  residents, including many who had served time in prison, in a green jobs certification program.

Two and a half years and 400-plus graduates later, the Center for Environmental Workforce Training has had some gratifying results. Half of the center’s graduates have gone on to find  jobs, for example.

Over a third of those hired are working in the energy efficiency field, mostly with companies doing efficiency upgrades for residential and commercial buildings. Another third have found ostensibly green jobs in areas like building maintenance, construction, repairs, sustainable manufacturing and landscaping. The rest of those hired are in occupations that would not be classified as environmentally related.

But as  the project’s director, Rebecca Lurie, sees it, “one day, every job will be a green job.’’ In her view, work activity will have to shift in coming years toward conserving natural resources or, at a minimum, not harming the environment.

The South Bronx-based training center, a collaboration between the Consortium for Worker Education and six  partner organizations that is supported by a Recovery Act grant, offers training in “hard” and “soft” skills, from mechanical theory to basic plumbing to upgrading electrical systems for energy efficiency. The curriculum also includes courses on seeking and holding down a job  and on environmental literacy.

Students have the option of obtaining certification as energy efficiency technicians or building analysts, among other green occupations.

Ms. Lurie, who is  the economic development director for the Consortium for Worker Education, said that PlaNYC, the Bloomberg administration’s  far-reaching sustainability plan for the city, provided some of the impetus for the training program. Many  in the organized labor and job development fields had questions, she noted, like “How is the work force going to be ready to carry this plan out?”

She said that groups like her own had determined that making New York’s buildings more energy-efficient would be an important source of jobs in coming years. One of her goals was figuring out how to open up that  opportunity up to a broader range of city residents: “Can we get poor, unemployed people skilled up to meet those demands?”

Ms. Lurie said it was clear to her organization that  there were skill gaps among those at the lower socioeconomic levels. “You need lots of math and science,” she said. “We designed classes to fill these particular gaps.” And at the  fundamental level, the participants need construction skills, “to know how buildings are built.”

Because of the recession,  local green jobs in fields like weatherization and renewable energy did not materialize to the extent organizers had hoped, she said. Nonetheless, center graduates are working their way into segments of the green economy.

They benefit financially by doing so: an analysis of the jobs obtained by the center’s graduates showed that the average hourly wage for those with green jobs was $13.51. For nongreen jobs, it was $10.94.

The consortium has also begun to examine how the training program may have influenced students’ lifestyles and thinking. A survey conducted this fall found that the percentage who reported shopping at farmers’ markets had doubled by the time they finished the coursework. The students also said that they were conserving more energy and water and thinking about how they disposed of consumer goods like appliances and clothing.

“After a week or two, I realized how much energy I am wasting — little things like cellphone chargers plugged into your wall,” one graduate,  Sean Brailsford, said in a phone interview. It “taught me how to conserve and be less wasteful.”

Mr. Brailsford found his way into the program through the Osborne Association, a nonprofit group that offers job training and placement and other services to New Yorkers who have passed through the criminal justice system. Before enrolling, he said, he had no green knowledge or experience, but  “I was ready for some more growth and change.”

After completing the program, Mr. Brailsford was hired by Osborne to help track graduates and job placement.

The federal grant that supported the training center’s creation in 2010 is now winding down. Ms. Lurie said that three of the center’s partner organizations — Osborne, Sustainable South Bronx and Non-Traditional Employment for Women — are  positioned to carry the training forward with other funds. She said the biggest benefit of the federal grant was the development of a strong curriculum.

The program introduces students to basic concepts. “We are helping guys get their foot into the door,” said Alvin Banks, a center graduate who now teaches construction skills like framing and electrical wiring at Osborne. “Students have varying degrees of knowledge — they are being made employable.”

As for green principles, students learn that they make economic sense, Mr. Banks said. “You want to help your boss conserve material,” he explained. “I try to convey how to best do the job effectively and efficiently.”

For participants who have served time, the introduction to new ways of thinking can be just as important as hard skills, he suggested. Mr. Banks himself spent nine and a half years in prison for bank and wire fraud and identity theft before finding his way, through a city referral, to Osborne and the center.

“When a person has been incarcerated, their ability to think on their own has been suppressed,” he said. “Once people are exposed to green ideology, people are like, ‘wow’ — you start to rethink.”

“It’s the little things, conscious decisions of behavior,” he said.