Posted by Dale on Tuesday, 29 January 2013 in Air Quality 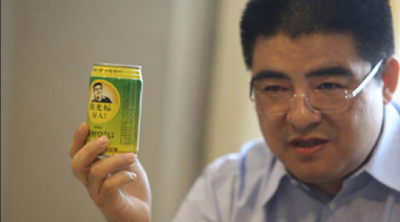 The concentration of airborne PM 2.5 particulates - the smallest and most deadly - went off the chart in the early hours of Tuesday morning for the second time this month, according to the pollution gauge at the American embassy in Beijing.

The air quality index, designed by the US Environmental Protection Agency, cannot cope with levels beyond 500, which is 20 times the World Health Organisation air quality standard.

The embassy gauge had been hovering in the merely ''hazardous'' 300-500 range since Friday.

Chen Guangbiao sells his cans of air for five yuan (75¢) each. It comes in atmospheric flavours including pristine Tibet, post-industrial Taiwan and revolutionary Yan'an, the Communist Party's early base area.

Mr Chen told Fairfax Media he wanted to make a point that China's air was turning so bad that the idea of bottled fresh air was no longer fanciful.

''If we don't start caring for the environment, then after 20 or 30 years our children and grandchildren might be wearing gas masks and carry oxygen tanks,'' said Mr Chen.

Earlier this month, the concentration of airborne PM 2.5 particulates in Beijing and other cities reached the highest levels since measurements began.

Since then, the Beijing skyline has remained mostly bleak, with visibility dropping as low as 200 metres several times in the past few days.

Residents of Beijing have begun snapping up products less novel than Mr Chen's creation. Chris Buckley, proprietor of Torana Clean Air Centre, said there had been a dramatic increase in the flow of local customers through his stores, rather than just expatriates, reflecting more open coverage in China's tightly controlled media as well as the severity of the pollution.

Spot the difference ... The city skyline from the Beijing Yintai Centre building amid heavy haze and smog, in the morning on October 29, 2011 (top) and by night on October 28. Photo: Reuters

Mr Buckley sells air purifying machines and pollution masks. His customers have been placed on long waiting lists as manufacturers have been unable to keep pace with demand.

''We've sold thousands of masks in the last three weeks,'' he said.