Posted by Wolf on Saturday, 23 March 2013 in Climate Change

Millions Switch Off for Earth Hour 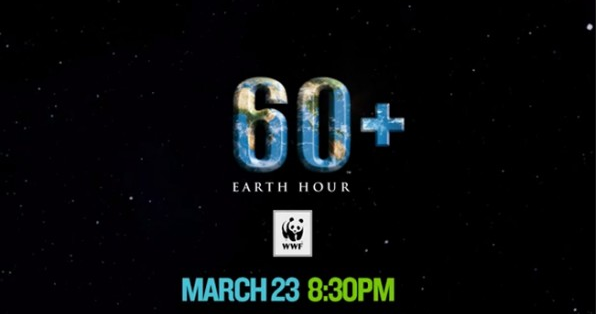 Sydney's skyline plunged into darkness today as the city cut its lights for the "Earth Hour" campaign against climate change, kicking off an event which will travel around the globe.

Organisers expect hundreds of millions of people across some 150 countries to turn off their lights for 60 minutes tonight -- at 8:30pm local time -- in a symbolic show of support for the planet.

Many of the world's most iconic attractions, including the Empire State Building and Russia's Kremlin building will take part.

Sydney cut its lights at 1500 IST to applause and cheers from a small crowd gathered to watch the skyline dim and to see the Sydney Opera House turn a deep green to symbolise renewable energy.

"It's been a very inspiring night because it's all about hope and change."

Last year more than 150 countries participated in the event which saw some of the world's most iconic landmarks dim, and this year the movement has spread to Palestine, Tunisia, Suriname and Rwanda.

In Australia, where Earth Hour originated with an appeal to people and businesses to turn off their lights for an hour to raise awareness about carbon pollution, the Sydney Opera House and Sydney Harbour Bridge were among the first sites to participate globally.

"What started as an event in Sydney in 2007 with two million people has now become a tradition across the country and across the world," said Dermot O'Gorman, head of WWF-Australia.

"It's now an organic, people-powered movement... which is fantastic."

Newcomers to be plunged into darkness include Copenhagen's Little Mermaid, the statue of David in Florence and Cape Town's Table Mountain.

With restaurant diners eating by candlelight, Outback communities going dark and iconic buildings standing in shadows, O'Gorman believes Earth Hour has played a part in drawing attention to energy use.

Sydney's lights out will be followed by countries across the globe, with the Petronas Towers in Malaysia, the Bird's Nest in Beijing, and the Burj Khalifa all participating.

In China, Shanghai's famous Bund will turn off its lights while in the central city of Wuhan, the Yangtze River bridge will be plunged into darkness.

In Japan, daily illuminations of the city's signature Tokyo Tower will be switched off, with visitors able to pedal bicycles to generate power to illuminate an egg-shaped art work.