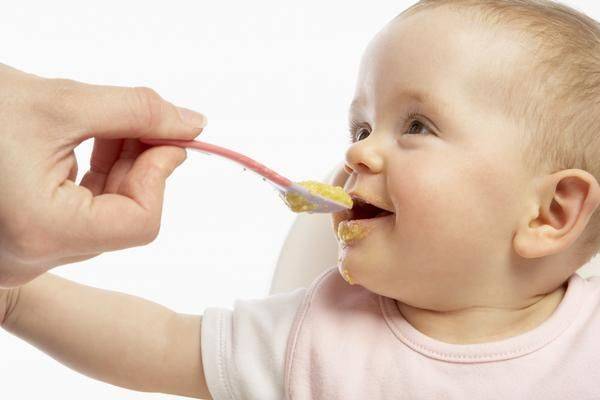 The nation's largest baby food makers face a lawsuit by an environmental group aimed at forcing them to alert consumers that some products contains low amounts of lead.

The case scheduled for trial Monday will determine whether they should put warning labels on products sold in California.

Gerber Products, Del Monte Foods, Beech-Nut Nutrition and many other makers of baby foods and juices are selling products containing lead at levels that require warning labels under California Proposition 65, the Environmental Law Foundation asserts in the suit filed in Alameda County Superior Court in Oakland.

Lawyers for the food companies say the U.S. Food and Drug Administration tested products targeted in the lawsuit, and decided levels were below the standards that require a warning.

But both sides in the case agree that baby foods containing carrots, peaches, pears and sweet potatoes have some lead. Also covered by the suit are grape juice and fruit cocktail.

Lead exposure can damage a child's developing brain and lead to a lower IQ. Overall, lead poisoning in the U.S. has declined significantly after it was removed from paints and gasoline formulas.

Still, more than 500,000 U.S. children are believed to have lead poisoning, according to the Centers for Disease Control and Prevention.

Old paint, contaminated drinking water and soil tainted by old leaded gasoline are primary sources of lead exposure to children in the U.S., the CDC reported.

Some specialists describe children as having lead poisoning only when high levels are present, but others use the term more broadly to describe any child with levels that can affect intelligence or cause other harm.

The companies argue the lead in fruit and vegetables used in the products is naturally occurring, which if the trial judge finds is true could exempt the companies from having to warn consumers.

"Despite the trace amounts of lead in the products at issue, the federal government has determined that Americans need to eat more — not less — of these nutritious foods," the companies' attorney, Michele Corash, wrote in court documents.

"FDA recently reiterated its conclusion that the trace levels of lead in the products at issue in this case do not pose unacceptable health risks."

The companies say Prop. 65 does not require a warning label if the concentrations of the lead fall below so-called "safe harbor" levels, or concentrations below the amount required for a warning under the state law.

Jim Wheaton, an attorney for ELF, said California law nonetheless requires food makers to warn consumers about a possible risk of certain toxins, including lead. He noted that California's Proposition 65 requires warning labels on foods that contain a toxin at 1/1000th of the levels considered dangerous to human health.

They hope public pressure or the judge will compel the companies to take steps to remove the lead from their foods, knowing that a label warning parents of lead in their baby's food would be devastating for business.

"Everyone assumes that a company selling foods for children will never offer a product for sale that carries a warning label," Wheaton said. "They will take the steps their competitors apparently already are taking to offer product with no lead or so low no warning is required."

Christine Kuhinka, director of corporate communications for Gerber Products Company, which is owned by Nestle Nutrition U.S., said the company does not comment on pending litigation.

"We will, however, vigorously defend the allegations in this litigation," Kuhinka said in an email.