Posted by redmonkey on Saturday, 11 May 2013 in Earth Violators 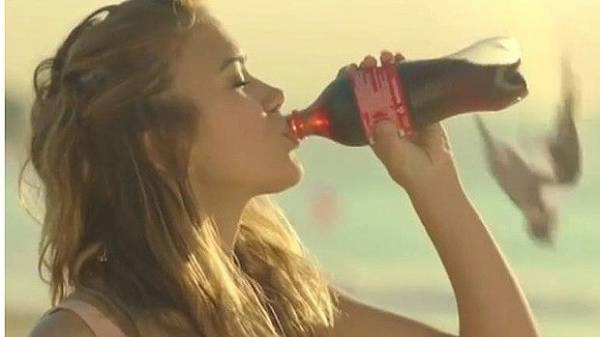 The Nine Network has been accused by Greenpeace of buckling under pressure from the beverage industry for the last-minute yanking of an ad promoting recycling from its Friday night football coverage.

A 45-second version of the ad on YouTube has been among the most popular in Australia, with more than half a million views since its launch this week.

It features people sipping soft drinks on the beach, as birds drop from the sky and wash up dead, with discarded plastic blamed.

"There's something seriously wrong when TV networks are happy to show gambling, rape and pillage, but are too afraid to air an ad for recycling."

Mr Turner said the environmental group had taken pains to ensure the ad did not breach copyright rules and avoided the display of company logos. The online version of the ad, though, briefly shows the Coca-Cola brand.

Greenpeace paid $22,000 for the half-minute slot, to be aired during Friday night's NRL match between Wests Tigers and Cronulla Sharks. NSW Premier Barry O'Farrell is known to be a keen Tigers fan, and Greenpeace said it was aiming to get his attention ahead of a key meeting on a national recycling plan by the Council of Australian Governments (COAG).

'Offensive'
For its part, Nine said it dropped the ad after deciding its content was "offensive".

"We had no issue in taking the original booking from Greenpeace but on reviewing the content we deemed it to be offensive to our viewers and so advised the client we would not proceed with the placement on the network," said Peter Wiltshire, Nine Network director of sales and marketing. "We have refunded the original deposit."

Coca-Cola Amatil referred requests for comment to the Nine Network.

The US soft drinks giant, along with other beverage makers, has opposed a national recycling scheme modelled on South Australia's plan.

That state pays a 10¢ refund on most cans and bottles in a scheme that has operated for about 35 years. Versions of the scheme have lately won support elsewhere in Australia.

The decision on taking SA's plan nationally "really lies with O'Farrell", said Mr Turner. "We think if O'Farrell comes out in support of this scheme, we could have a national roll-out."

James Mathews, a spokesman for the Australian Food and Grocery Council, said its members – including Coca-Cola – were in favour of a national recycling scheme, but not one requiring container deposits.

Mr Mathews said the option was “a lot more expensive” than other measures, such as an expansion of roadside collection points – one of 10 programs being reviewed by COAG.

The "National Bin Network" would cost as little as $51 million compared with $1.76 billion for the deposit scheme. Average household grocery costs would rise 1.35 per cent under the latter plan, and have twice the inflationary impact of the carbon price, Mr Mathews said.

Greenpeace and its actions "put Evel Knievel to shame for the stunts that they perform", he said, referring to the late American daredevil.

Bird toll
Greenpeace's Mr Turner said autopsies on dead birds at Lord Howe Island had found plastic waste in the stomachs of more than three-quarters of some species.

"Between a quarter and a third of all the plastic pollution in our oceans comes from the beverage industry," he said. "It’s the number one culprit in terms of this growing problem."

Greenpeace will shop its ad to other commercial TV networks to test their appetite. The group says more than $30,000 had been raised from 1000 people to support the campaign.