Posted by Seifert on Saturday, 15 June 2013 in Ocean/Seas/Coastlines 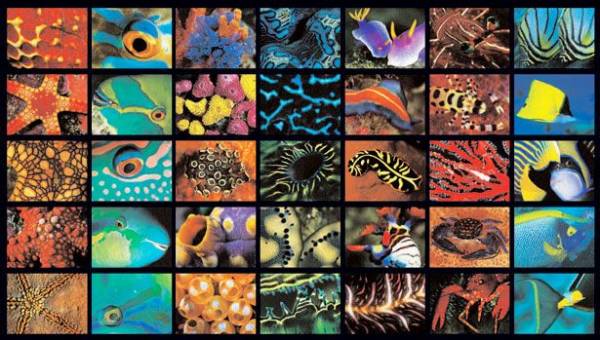 Coral Reefs around the world are under attack due to human activities. Deforestation, overfishing, global warming, climate change, warmer waters, and the decrease in water PH are destroying this beautiful marine world.

An entire ecosystem lives beneath the water’s surface. Sea Anemones live within the reefs, clown fish peek out, colorful Triggerfish and angelfish swim around, spiny lobsters emerge from the small openings within the rocks, and sea turtles swim nearby. Coral Reefs are home to a variety of marine life, an area of beauty and recreation for humans, create sand for beaches, and protect the coastline. Over a quarter of all fish live in the coral reef at some point in their lifetime.

Reports show a 44% decline in coral reefs within the past 20 years in the Florida Keys and in some areas around the world up to 80% in three decades.

A major threat toward Australia’s Great Barrier Reef and reefs around the world are due to deforestation and change in land use near river catchments, increasing the sediment rate and soil erosion. Sediment clogs the mouths of the rivers as soil from the cleared land runs into the water during rainy seasons. Sedimentation is more detrimental to the coral reefs than global warming at this point.  “The findings are very relevant for Australia since intense land use and past deforestation have transformed the river catchments tremendously and are seen as a major threat to coral reefs in the Great Barrier Reef and elsewhere,” said Dr Jens Zinke, ofUWA’s Oceans Institute.

A study was conducted in Madagascar. ‘Human deforestation outweighs future climate change impacts of sedimentation on coral reefs’. The research “looked at the effects of future climate change on the hydroclimate of Madagascar’s reefs and different deforestation scenarios” the study was completed by lead author Joseph Maina from Macquarie University along with Hans de moel, Dr. Jens Zinke, Joshua madin, Tim mcClanahan, and Jan E. Vermaat.

The study took place in Madagascar at four major wathersheds, (south-west, west, north-west, and north-east) these four Malagasy catchments are adjacent to four main coral reefs.  Madagascar’s geographical location is ideal since it mimics different climate zones seen around the world. A better understanding of the correlation of increased sediment pollution and land cover is needed in order to understand the relationship and promote future change.

A general decline is seen in river flow and sediment rate from global warming and low precipitation. The deforestation of natural forests has increased sediment supply up to five-fold since human settlement. It is projected to further increase by 54-64% if 10-50% of the forest is removed. These numbers could decrease by 19-68% if the forests are restored by 10-50%.

Managing soil erosion and sediment pollution due to deforestation caused by human activities are crucial for the survival of our reefs. ”Managing hinterland land use is the major action needed to buy time for corals growing near rivers."  "Curbing sediment pollution to coral reefs is one of the major recommendations to buy time for corals to survive ocean warming and bleaching events in the future. Our results clearly show that land use management is the most important policy action needed to prevent further damage and preserve the reef ecosystem." reported by Dr. Zinke

Deforestation is only one of the problems coral reefs and marine life are facing. Carbon Dioxide, increase in acidity levels, and higher temperature are threatening marine life. 38 billion tons of carbon dioxide (CO2) was emitted around the globe last year, 550 billion tons of carbon dioxide have been absorbed by the world’s oceans over the last 200 years.CO2 decreases the PH level of the water; a lower PH means a higher level of acidity. The acidity level of the ocean has increased 30% from pre-industrial levels. Expectations show this will increase 100% by the end of the century.

Richard Feely a senior scientist at the National Oceanic and Atmospheric Administration is researching the effects of carbon dioxide on earth’s coral reefs and marine ecosystem. Over the past two decades the absorption of carbon dioxide is taking its toll on the worlds coral reefs. “That change in direction toward more acidic conditions is very important to biological systems,” Feeley said. “It’s the same thing for many marine organisms.”

Ocean life has not seen a change in PH in over 800,000 years. Even the smallest changes have dramatic effects. In humans a slight drop in PH could cause irregular heartbeat, seizures, and even put someone into a coma.

Affects from changes in ocean acidity are already being seen. The oyster colonies in the Northwest coast are becoming obsolete. The acidity of the water is breaking down the young oyster shells before they can develop.

The acid level affects oysters, clams, scallops, other shellfish and the coral reef.  These marine animals have a harder time extracting calcium carbonate needed to build their shells. The shells grow thin, a decrease in growth occurs and eventually death.

The affect is even worse for the coral reefs as acidity and water temperature increase. Bleaching of the reefs occur from the increase in temperature. The beautifully colored algae that live on the reef are expelled, the reefs skeleton becomes exposed. The lower PH does not enable the reefs to regenerate skeletal tissue and decreases the rate of reproduction.  The coral reefs are not able to reproduce when the ocean acidifies. “If a coral dies, there is less likelihood that a baby coral is going to be able to replace it in the future,” said Chris Langdon, a coral biologist at the University of Miami.

Shellfish and coral reefs are the basis for the marine ecosystem. This destruction leads to an increase in disease, pollution, and predators for the lower end of the food chain within marine life all the way up to human populations.