Posted by plantitfilm on Monday, 15 July 2013 in Clean Technology 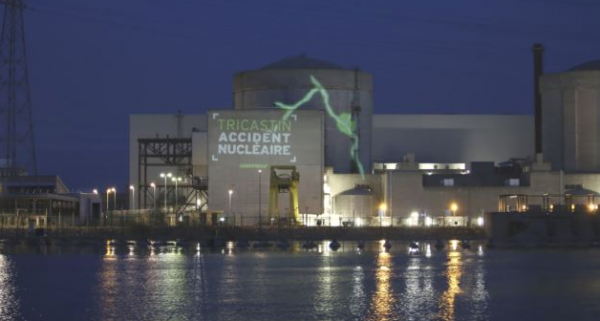 VIENNA — Significant progress was made last year in strengthening nuclear safety around the world, the U.N. atomic watchdog said in its annual review, despite the “challenge” posed by a large number of aging reactors.

The International Atomic Energy Agency (IAEA) published the report shortly before a protest on Monday by Greenpeace activists targeting one of France's oldest nuclear power plants and demanding its closure.

The EDF's Tricastin plant was built more than 30 years ago - an age which it shares with many other atomic energy facilities, the IAEA survey showed.

Overall, however, the U.N. agency report was upbeat about developments, saying “the world nuclear community has made noteworthy progress in strengthening nuclear safety in 2012”.

The report came more than two years after reactor meltdowns at Japan's Fukushima nuclear plant, triggered by an earthquake and tsunami in March 2011, unnerved the nuclear industry and raised questions over whether atomic energy was safe.

“Many have introduced additional safety measures,” the report, posted during the weekend on the IAEA's website, said.

Of those, 162 have been in operation for more than 30 years and 22 for more than 40 years. Long-term operation and aging of nuclear power plants “is an ongoing challenge for regulators, operators and utilities,” the IAEA said.

There are growing expectations that existing plants should meet enhanced safety objectives, closer to those of recent designs, it said, and many countries had already taken action to address aging reactors.

For example, authorities in the United States, Switzerland and Canada have “published guidelines and aging lessons learned to ensure that safety and performance remain within acceptable limits throughout the life cycle” of nuclear power plants.