Posted by rackfokus on Monday, 16 November 2015 in Climate Change 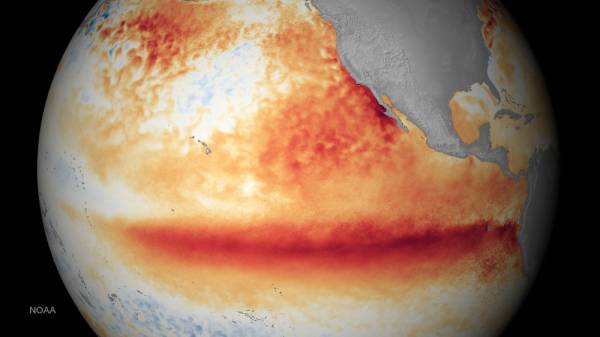 Despite the horrendous terrorist attacks in Paris on Friday, French officials have vowed to move forward with a major climate conference set to begin on Nov. 30.

COP21 will bring together 100 heads of state, including U.S. President Barack Obama, and 40,000 other attendees. According to Time, French Foreign Minister Laurent Fabius called COP21 “absolutely essential,” and France is expected to deploy at least 30,000 police officers to provide security.

In an online statement, Nick Henry, CEO of Climate Action, said, “We are currently overseeing the tightening of event security with Stade de France to ensure that every possible measure is taken to prevent any further potential incident, details of which we will share here as soon as they have been confirmed.”

With confirmation from France that COP21 will proceed, much work still remains for participating nations.

“The big question is whether to be optimistic or pessimistic about the upcoming meeting in Paris,” said Timmons Roberts, co-author with Guy Edwards of the new report “A Fragmented Continent: Latin America and the Global Politics of Climate Change.” “Will 2015 be different from Kyoto in 1997, Copenhagen in 2009 and all the other meetings since the first one in Berlin in 1995?” he asked.

Roberts and Edwards spoke last Thursday at a Washington panel co-sponsored by Inter-American Dialogue and the Brookings Institution, along with Amal-Lee Amin, chief of the climate change and sustainability division of the Inter-American Development Bank (IDB).

Climate pledges for the COP21 talks, which run from Nov. 30 to Dec. 11, are consistent with a temperature rise of 2.7 C, implying investment needs of $13.5 trillion in low-carbon technologies and efficiency between now and 2030. Any global deal means that results will be based on climate action plans submitted by some 150 countries – known in official jargon as Intended Nationally Determined Contributions – yet some of these INDCs are clearly more ambitious than others.

Roberts called the 51-page text to be negotiated at COP21 “a mess,” noting that includes more than 1,000 brackets – or phrases where there are disagreements.

The Brown University environmental studies professor said four broad issues will be hammered out in Paris: whether there should be a long-term carbon reduction goal and what that goal should be; how to share the burden of getting to those targets; who will pay for it all; and finally, what kind of compensation should be offered in the event poor countries simply cannot cope with the damage caused by climate change.

“There’ll be a huge difference in how countries respond if Paris fails,” he warned. “The greatest risk is that countries will be left behind as the imperative becomes clear that we’ll have to decarbonize our economies.”

There’s also little hope the world’s advanced industrial nations will be able to mobilize $100 billion a year by 2020 to help developing countries cope with rising seas and temperatures, as promised six years ago in Copenhagen by then-U.S. Secretary of State Hillary Clinton.

“Financing is the most challenging aspect of the whole deal,” Costa Rican diplomat Christiana Figueres, executive secretary of the U.N. Framework Convention on Climate Change, recently told The New York Times. “There is no credible road map to the $100 billion.” From left, Timmons Roberts and Guy Edwards, co-authors of “A Fragmented Continent: Latin America and the Global Politics of Climate Change.” At right is moderator Harold Trinkunas of the Brookings Institution.

The 304-page report written by Roberts and Edwards focuses on Latin America’s three major blocs at the U.N. climate talks and how they attempt to balance climate action with building prosperity.

In the first group is Brazil, which has reduced its deforestation but continues its drive for economic growth and global recognition (as do other large developing countries such as China, India and South Africa). Second is a leftist group led by Bolivia, Ecuador and Venezuela – which rallies against the injustice of climate change but remains highly dependent on the export of fossil fuels.

The third group, which includes Costa Rica, Chile and Peru and is supported by Mexico, offers sharp reductions in their carbon emissions in return for greater action by other countries.

“President Luis Guillermo Solís has reconfirmed Costa Rica’s plans to become carbon-neutral by 2021, and its INDC has very ambitious targets for lowering per-capita emissions,” said Edwards. “Costa Rica offers something consistent with the 2C goal. President Solís was very keen to increase climate education and focus on adaptation, given Central America’s vulnerability, but also to create some kind of new mechanism for citizens to participate, so Costa Rica will be a very interesting example to follow.”

The goal of reducing carbon emissions has taken on new urgency with a Nov. 9 announcement by the World Meteorological Organization that average levels of carbon dioxide exceeded 400 parts per million in the early months of 2015, a 43 percent rise over pre-industrial levels.

In a separate report issued the same day, Britain’s University of East Anglia reported that the Earth’s temperature has crossed the 1C (1.8F) mark, with temperatures over the first nine months of this year exceeding historic norms by exactly 1.02C. All this comes amid concerns that 2015 will surpass 2014 as the hottest year in recorded history.

“Around the world, disasters are coming more often,” said Roberts. “Summers are longer, the heat is more intense and rains are less predictable. But the economy is much better than 2009, when it was in free fall. Now things are more stable, except for Brazil and a few other places. Renewable energy, especially wind, has become as affordable as coal-fired power and even more so than natural gas. Solar energy has also come down in price, and Pope Francis has made climate change a priority of the Catholic Church.” Yet observers say that except for Costa Rica, individual countries’ targets and goals as outlined in their INDCs aren’t ambitious enough.

“Climate policies in the region appear to suffer from a lack of implementation, and are often undermined by the energy sector or by mining legislation,” complained Edwards. “To make the INDCs a success, we need to better integrate energy and climate objectives – things like fossil fuel subsidy reform and the promotion of public transport. These countries could send a very strong signal that they’re serious about these INDCs.”

The IDB’s Amal said that in 2010, the bank set a target for 25 percent of its lending portfolio to finance climate sustainability and renewable energy projects. The IDB has since exceeded that goal, with 30 percent of loans – or about $2 billion – currently funding such projects.

“A key area for the bank is how to turn these INDCs into investable projects on the ground. These investment plans can then form the basis for countries to ensure that their national climate objectives are fully integrated into their other national development plans,” Amal said, warning that climate change could shave up 4 percent of regional GDP in coming decades under a scenario in which temperatures rise by 2.5C.

“The countries that are already the most vulnerable are the ones who will be impacted the most,” she said. “They’re also the ones least able to respond to those risks.”