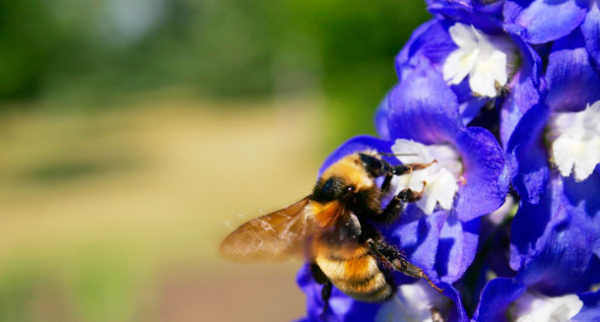 The widely-reported decline of bee populations worldwide is wreaking havoc in certain ecosystems, particularly since it is now known that bees can be very fickle when it comes to pollination.

PLAY VIDEO
Why Are All The Bees Dying?
Bee populations around the world have collapsed.
DCI

A recent study reveals that if bees loyal to one plant species are removed from the system, other bee species may continue to pollinate those plants, but sometimes with the wrong pollen. Researchers Berry Brosi, Ph.D, an assistant professor at Emory University, and Heather Briggs, a graduate student at University of California, observed what happens when a main-pollinating species of bees is removed from its chosen floral target.

“We knew that scientific work done indicates plant communities are largely resilient to losing pollinator species,” Brosi said from his study site at Rocky Mountain Biological Lab in Crested Butte, CO. “If you lose one species the plant has backup, so there is redundancy built into the system.”

But much of these results came from computer models that simulated the activity in an ecosystem, Brosi said. “We wanted to see if this would hold up in real life. We hypothesized that the picture might not be quite as rosy as the computer models indicated.”

They were right. “When there are a lot of different species of bees, competition makes each species become more specialized. We thought there’s a chance when we lose a main pollinator species that remaining species might begin to generalize a little bit more and forage on more different kinds of flowers and that could be bad from a plant perspective. Plants need pollen from exact same species of plant to thrive. If a pollinator is visiting many different plant species it can transport the wrong kind of pollen to a plant.”

Using handheld nets, Brosi and Briggs removed the most abundant species of bumblebees from a meadow of larkspur plants that sat within 20 plots of wildflowers, 20 meters each. Tracking all the steps of the pollination process, they waited to see if other bumblebee species from nearby plots would properly pollinate the larkspur.

“We wanted to see how much they focused on one plant species, or if they showed floral infidelity,” said Brosi. “We looked at the pollen they carried and transferred to the flowers, and finally we looked at seed production.”

Despite computer models to the contrary, they found across all steps of pollination there was more movement between different plant species in the remaining bees. “Bees carried multiple pollen types and deposed them to the larkspur,” Brosi said. Unfortunately, this caused seed production to decrease by one-third.

The results signal two possible broad implications, Brosi said. “First, we can’t necessarily trust the results of computer simulations about pollinator species. Yes, plants still have backup, but the quality of the interaction with other species of bees goes down, which is even more reason to be concerned about loss of bee species.

Second, we’ve shown that biodiversity is important. We need multiple species in the ecosystem to promote its functioning. We focused on plant reproduction, but it’s potentially a more general mechanism for how biological diversity may help to support services that directly benefit people.”

Surprisingly little research has been done in North America on this topic, according to entomologist Dennis vanEngelsdorp, a researcher on pollinator health and honeybee health at the University of Maryland.

“This study reemphasizes the real need for a diverse pollination force,” he said. “Some of this has been looked at in the UK and Netherlands, showing relationships between the decline of pollinators and certain plant species, but we have not done a lot of comparable studies here.”

The urgent problem, according to vanEngelsdorp, is that some bee species may disappear before scientists have the opportunity to thoroughly study their importance in the environment.

“We just don’t know a lot about the abundance of native pollinators, so we’re lucky if we even have complete lists. That means we can’t really know the consequences of their loss on the plant communities. Some of these bees are sort of like the pandas of their environment.”