Posted by thatsenough on Saturday, 17 August 2013 in Climate Change

The Problems of Fixing Climate Change 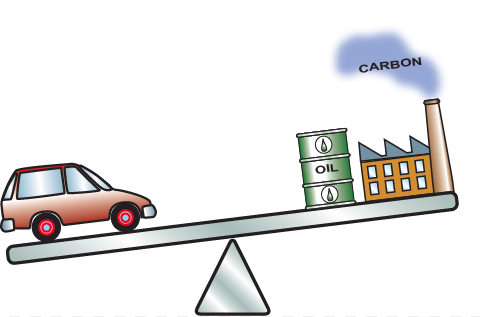 In the quest to head off rising global temperatures, some scientists have argued for steep curbs in how much soot and methane are released into the air. But a new study suggests that targeting such emissions in the next couple of decades may make much less of a dent than previously thought.

While carbon dioxide emissions get much of the press when it comes to global climate change, methane and soot are also big culprits. Methane, when assessed over the course of a century, warms the planet about 25 times as much as the same mass of carbon dioxide does. On a similar time horizon, soot boosts warming more than 1000 times as much as the same mass of CO2 does. But thankfully, unlike CO2 these substances don't linger very long: Methane typically sticks around only 12 years or so. Soot is usually cleansed from the air in a couple of weeks, largely due to precipitation.

At least two studies published since 2010 — one report from the United Nations Environment Programme in 2011 and a follow-up published in Science magazine last year — suggested that significantly reducing the emissions of soot and methane could trim human-caused warming by at least 0.5 degree C (0.9 degree F) by 2050, compared with an increase of about 1 degree C if those emissions continued unabated. But a new analysis suggests that those studies may be overly optimistic.

The authors of the new study, Steven Smith and Andrew Mizrahi, both climate analysts at the Joint Global Change Research Institute in College Park, Md., argue that for one thing, the earlier work assumes that dramatic cuts in methane and soot emissions are feasible based on shifting technologies and changes in human behavior. And for another, the previous studies estimate that Earth's climate will rapidly respond to the changes. For example, Smith and Mizrahi say it's unlikely that by 2035, all home wood-burning stoves will be replaced by clean-burning versions of natural gas or electric power. (Previous studies have shown this conversion to be far slower than hoped.) Based on past work, they're also dubious that sources of methane such as landfills and leaky pipelines will be equipped to capture the gas before it escapes into the atmosphere.

In the team's new analysis, Smith and Mizrahi use what they contend are more reasonable projections for emissions reductions, a more conservative timeline for the development and deployment of methane-capture technology, and more realistic estimates for how quickly Earth's climate will respond to reductions in methane and soot. (Ironically, trimming the emissions of planet-warming soot often simultaneously results in a lower output of light-colored, planet-cooling aerosols, Smith notes.) Considering all these factors, Smith and Mizrahi suggest that targeting methane and soot will cause global average temperatures to be only 0.16 degree C lower by 2050 than they would have been otherwise, the researchers reported Monday in the Proceedings of the National Academy of Sciences.

The team's projection is almost certainly too pessimistic, counters Drew Shindell, a climate scientist at NASA's Goddard Institute for Space Studies in New York who was involved in both previous studies critiqued by Smith and Mizrahi. The new model, Shindell says, "doesn't consider [changes in] atmospheric chemistry and it has no transport" of emissions from one place to another on the globe. "It's a really simple model."

Joeri Rogelj, a climate scientist at the Swiss Federal Institute of Technology in Zurich, says that only in recent years have reducing methane and soot been touted as measures to help reduce rates of global warming; previously, they've been looked at as ways to improve health by reducing inhalation of small particles or trimming levels of ozone. Just because the proposed measures might not help climate as much as previously presumed, Rogelj says, "doesn't diminish the effects that they could have on people's lives."

This is adapted from ScienceNOW, the online daily news service of the journal Science.http://news.sciencemag.org