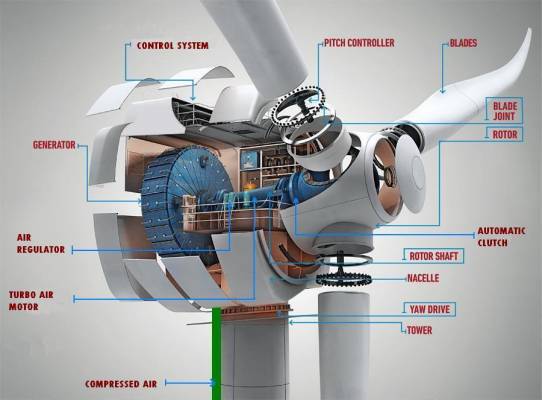 Wind power could generate up to 18% of the world’s electricity by 2050, compared with 2.6% today, according to new IEA research.Wind Energy – 2013 Edition finds that nearly 300 gigawatts of current wind power worldwide must increase eight- to ten-fold to achieve the roadmap’s vision, with the more than USD 78 billion in investment in 2012 progressively reaching USD 150 billion per year.The report, an update of a document first published in 2009, envisages a much larger penetration of wind power than the 12% share on global electricity generation by 2050 considered in the first roadmap. It sees China overtaking OECD Europe as the leading producer of wind power by 2020 or 2025, with the United States ranked third. Wind power deployment under this vision would save up to 4.8 gigatonnes of CO2 emissions per year by 2050, with China providing by far the largest reductions. The reduction is equivalent to more than the current European Union annual emissions.Recent improvement in wind power technologies as well as the changing global energy context explain the higher long-term target. Turbines are getting higher, stronger and lighter, while masts and blades are growing even faster than rated capacity, allowing turbines to capture lower-speed winds and produce more regular output. This facilitates installation in places beyond the best windy spots on mountain ridges or seashores as well as integration into power systems despite the variability of winds.The cost of land-based wind power is close to competitive with other sources of electricity in an increasing set of circumstances. In some countries such as Brazil, wind power has prevailed over fossil alternatives in auctions for long-term power purchases, thanks to the hedge it provides against possible future price increases for fossil fuels. Offshore wind power remains expensive and technically challenging today, but has an important long-term potential. The roadmap lists the actions – by governments, industry, research centres, etc. – to target a reduction in wind power costs of 25% on land and 45% offshore by 2050.But several obstacles could delay progress, including financing, grid integration issues and difficulties with permits and public acceptance. To achieve high penetrations of variable wind power without diminishing system reliability, improvements are needed in grid infrastructure and in the flexibility of power systems as well as in the design of electricity markets. However, some European countries already draw 15% to 30% of their electricity from wind power, thanks to improvements in forecasting, increased interconnections, demand-side response and storage. The roadmap identifies those challenges and proposes a set of actions to overcome them.